Releasing in Kannada on 13th June, here’s a brief about the criminal mastermind Gowri Shankar, essayed by actor Appani Sarath, in this crime-thriller. 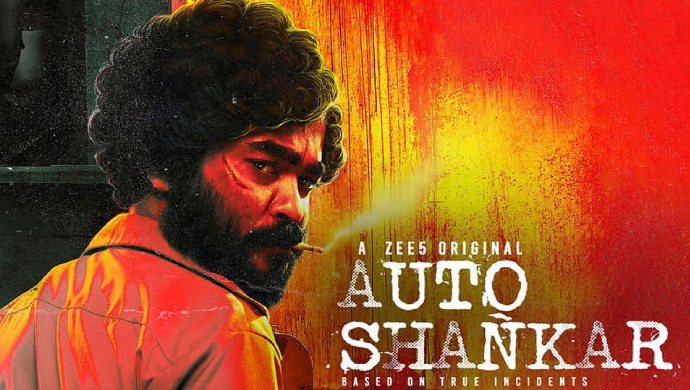 Set in Chennai (Madras), in the late 80s, the ZEE5 Original Series Auto Shankar is based on the life of the notorious criminal Gowri Shankar. The Tamil series has been adapted in Kannada and will release on the ZEE5 platform on 13th June. However, you can rest be assured that the emotion and thrill will be just the same! Directed by Ranga and produced by Manoj Paramahamsa, the series received great reviews from the audience owing to the fact that the series Auto Shankar had been neatly stitched without having loose ends. While the trailer was catchy enough, the series will be a whole new ball game. In the lead is Appani Sarath, who plays the role of the gangster himself. The actor completely justified his character as a merciless criminal who has his hands deep into illicit activities like liquor and flesh trades.

Get a glimpse of the story in the trailer here, (subtitles available):

Before the show releases in Kannada, we thought it was imperative to give you a glimpse of the real-life criminal Gowri Shankar, and the reasons why he was eventually sentenced to be hanged till death. Scroll down if you are gutsy enough.

Nothing about Gowri Shankar screamed monster or criminal when he was younger. Born in the Vellore district of Tamil Nadu, Gowri Shankar grew up to be a common man just like you and me. However, he didn’t know about what he truly desired until that fateful decision to shift to the city of Chennai. Another reason to shift to the big city was his staunch love for Kollywood. That’s right! Whenever given the opportunity, Gowri would chance upon some Tamil films as it was his favourite pastime.

Since he had a financial crunch initially, he lived hand-to-mouth while working as a painter. When that didn’t work out for him, he chose to become an auto driver. One day while shuttling some sex workers, the idea of doing this more often dawned on him. There was no looking back for Gowri from then on. He started carrying more sex workers for a nominal fee. The criminal inside of him emerged soon after he created a small gang with his younger brother who was addressed by the name Auto Mohan and some other trusted miscreants. Illegal activities like liquor trade and flesh trade soon followed. When he started getting recognition, Gowri Shankar did the unthinkable in a period of two years. He brutally murdered six people.

The director has done a great job in ensuring that Appani Sarath justified the terrifying character of Gowri Shankar and rightfully so. Just the trailer is enough to let you know what kind of the man the real guy was. To know more about Auto Shankar alias Gowri Shankar, don’t miss watching the ZEE5 Original Series that will be available in Kannada from 13th June 2019.

Don’t forget to get back to us in the comments box below about how you liked it after watching.

Watch the life of another criminal Shri Prakash Shukla in the ZEE5 Original Series Rangbaaz, streaming now in Kannada.

If You Like Stories Like Auto Shankar, Bookmark The ZEE5 Original Series Husi Nagu, Another Crime Thriller Series That Will Keep You On Your Toes

Monday Motivation With Ramesh: Are You Increasing Your Jawabdaaries On A Daily Basis?