3 Sensational Movies That You Must Watch As ZEE5 Turns 2 This Year!

Need some entertainment this weekend? Here are the three most sensational Kannada films that you must watch! 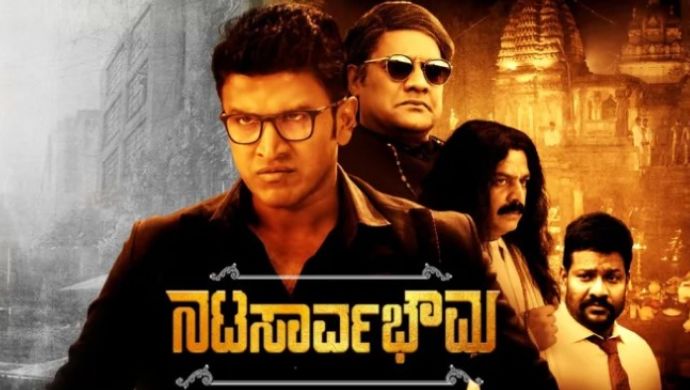 Good news is here, as Zee5 turns 2 this February 14th, 2020 which also happens to be Valentine’s Day! Well, it is the day of love, which is why we have curated for our beloved audience, a list of sensational Kannada films that you can watch at home if you’re traveling or are a die-hard of movies!

Puneeth Rajkumar plays Gagan Dixit, an investigative journalist, who travels from Kolkata to Bengaluru in search of his friend and also for a job. Along with this, he finds a house to reside in which happens to be haunted. As an upcoming journalist, he exposes a union minister Ghanashyam Yadav for his corrupt practices which creates a rift between the two of them. The channel he works for also becomes popular for having exposed this corrupt minister. This is the first time Puneeth starred in a supernatural film. The taut script along with Puneeth’s stellar performance make this movie an absolute must-watch.

A poster of Kismat

Kismat, starring Vijay Raghavendra and Sangeetha, revolves around an unemployed man Vijay, who struggles to repay a loan that he borrowed from a dangerous money-lender. As he is trying to do so, he meets a girl who he happens to fall in love with and wishes to marry. The two decide to elope but fail to do as they don’t have enough financial backing for the same. The moneylender, meanwhile, is trying to hunt down Vijay so that he can get his money back. For all you technical perfectionists, this film is a must-watch for its cinematography, sound design and art design.

Mohan Das played by Ajai Rao is an aspiring karate trainer and the son of a very renowned lawyer. Life takes a turn when Mohan comes to the realisation that he is surrounded by crime and corruption and resolves to put an end to it. His mother Parvathi played by Sumalatha, motivates him to fight against injustice. In the meantime, Mohan also falls in love with Saraswathi played by Ashika Ranganath. Speaking of which, the romantic tracks in this film will just melt your heart!

Catch the 3 most sensational Kannada movies exclusively on ZEE5!

7 Movies That Are A Must-Watch This Valentine’s Day

7 Funny Behind-The-Scenes Pictures From The Sets Of Jothe Jotheyali That You Must See!