Starring Radhika and Amith, this love story is all set to tug at your heartstrings. The show replaces Jodi Hakki and is set to release on 17th June 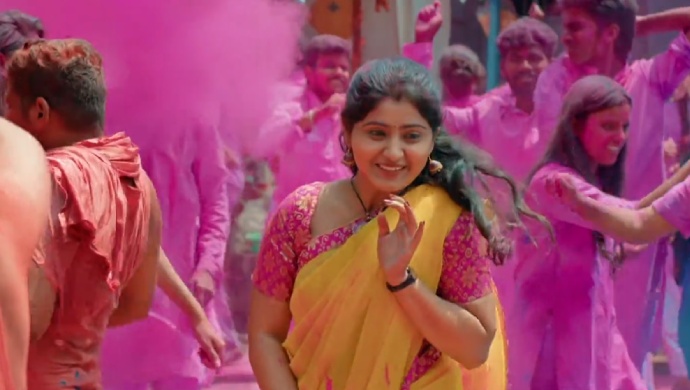 After back to back hits like Kamali, Paaru and Gattimela on Zee Kannada, the makers have decided to throw in another love story and woman-centric show into the mix. Seeing as that is precisely the genre all fans are increasingly falling in love with, it was but natural to introduce another love story to steal our hearts away. Slated to release really soon on the channel, here’s introducing the newest show on Zee Kannada, Radha Kalyana.

While we are yet to know when the show is launching the trailer looks damn good don’t you think? There is a beautiful and simple looking girl, who is enjoying the festival of Holi when suddenly a man comes racing into the area, with his jeep and the loud music playing from it. As he is speeding his misses seeing two kids playing on the road and is about to crash into them when the girl saves them. Both of them get into a bit of argument before the girl leaves. From the looks of it, these two characters hate each other, right? It will be even more exciting to watch them fall in love.

For now, the lead cast has been finalised as Radhika (the girl in the video) and Amith (the arrogant man in the clip). Also, according to sources, the crux of the story will be how the girl turns the man into a better human being aka another beautiful love story. More information coming up your way really soon. So stay tuned.

Are you excited about this show? Speak to us through the comments box given below.

Watch the latest episodes of Paaru to stay tuned about what happened to Akhilandeshwari, streaming for free on ZEE5.

Do You Like Horror-Comedy Movies? If You Answer Is Yes Then Stream The Appu Sir Starrer Natasaarvabhowma On ZEE5 Right Away