Always trying to do the right thing, this young lass from the increasingly popular show Paaru somehow always lands herself in trouble instead. 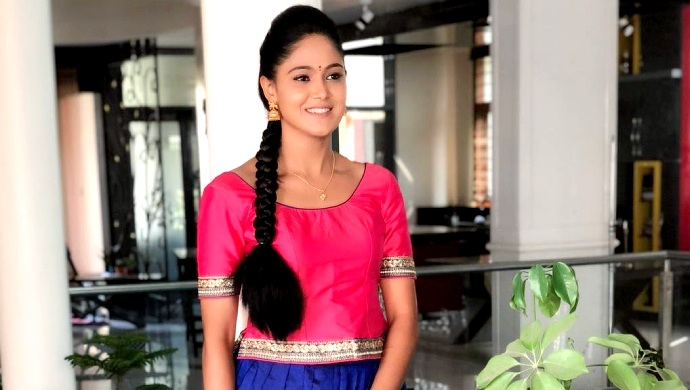 After the famous show Kamali, Zee Kannada came up with another brilliant women-centric story. It includes not one but two female protagonists, both as different as chalk and cheese. Starring in the lead is the veteran Vinaya Prasad, who plays the strong character of Arasane Koteya Akhilandeshwari while newbie Mokshitha Pai landed the role of Parvathi or more fondly known as Paaru.

A simple girl, hailing from a village, Paaru is a believer of doing what is right. She goes out of her way to help anyone in need and has a kind heart. In real life too, Mokshitha has the same characteristics as that of the protagonist on the show. She belongs to the coastal town of Mangalore and claims to be extremely happy on bagging such a role.

However, her character in the serial is one that goofs up easily. What we mean is that Paaru, no matter the intention, always ends up landing herself in trouble with Akhilandeshwari. When she tries to fix something or help someone, trouble is always waiting for her at the end of that road. Do you too suffer from clumsiness? No matter how hard you try, do you always end up in a soup? Paaru’s clumsiness might totally be relatable to you if so is the case. From knocking over Akhilandeshwari’s gift to crossing the boundaries set for her around the house, Paaru has done it all.

It is not necessarily her fault if you look at it. Her passion to set things right and protecting anyone in trouble often makes her forget about being careful. Of course, she repents it almost immediately but there is a prominent saying, ‘Better late than never’. So, we sincerely hope that Paaru is less clumsier as the story progresses.

Are you a fan of this cute actress? Let us know in the space below why.

Don’t forget to stream this show on the ZEE5 right away.

Fan Of Horror-Thrillers? Prabhudeva's Spine-Chilling Film Mercury Is Not To Be Missed. Stream It On ZEE5 Now