Muttu's handsome self is enough to win a lady's heart. But, wait till you learn about his 'real' cool side. 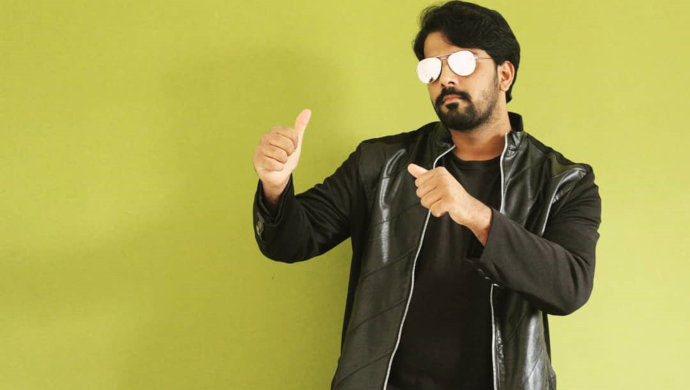 Until now, you probably didn’t know that Muttu from Yaare Nee Mohini goes by the name of Chethan in real life. If you knew this, then you are a true fan, keep it up. A talented actor, he is the perfect entertainer even off-screen, and has a massive social circle.

Watch this episode where Maya gets a nightmare about Belli and Muttu:

Portraying the role of a middle-aged widower, Chethan has displayed a natural talent throughout the show. But this cool dude in a lungi also likes to explore the unknown and tries new things for his fans every time. From making music videos to dancing with colleagues, Chethan is the ultimate package that deserves fandom.

Let’s now take a look at five fun facts about Chethan; an actor of many talents.

2. Once upon a time, Namma Muttu had such long hair…

4. Chethan is handsome even while not being Muttu

This Yaare Nee Mohini actor has completely surprised us with his real-life personality as compared to his onscreen persona. Muttu is a shy character, who at times reacts to injustice. Chethan, on the other hand, is a totally fun human being to know. It’s even better for his fans as they have the right person to idolise and look up to.

Did you know any of these facts about Chethan? Which fact surprised you to the most? Let us know what you think in the space below.

Meanwhile watch other Kannada blockbusters like Milana, Huliraya only on ZEE5.

If You Are Secretly Suffering Like Parvathi From Melkote Manja, These Tips Will Help You