Rocking Star Yash had only praise for his beautiful wife Radhika Pandith while launching her first film after marriage. Check out what he said here! 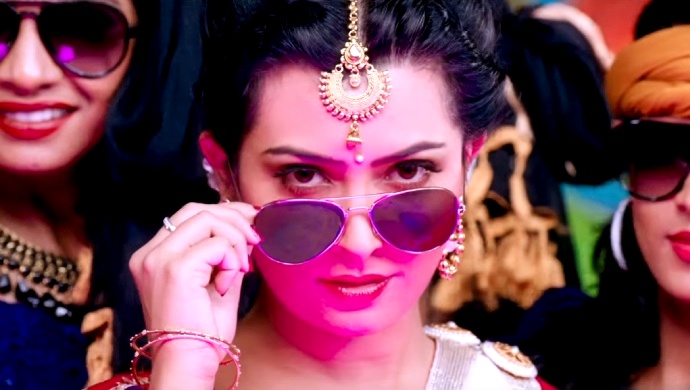 Also known as the Cinderella of Sandalwood, Radhika Pandith is back to films after a break. Slated to release on 19th July 2019 in theatres near you, is the Radhika Pandith and Nirup Bhandari starrer Aadi Lakshmi Purana, with the tagline: The Kick of Love and Lies. For the launch, that took place at the Kalavidara Sangha in Chamrajpet, not only was the producer Rockline Venkatesh present but the event also so the Rocking Star Yash walking hand-in-hand with his beautiful (albeit pregnant) wife Radhika Pandith. For those of you are probably confused, yes! The couple is en route to baby YR2.

The KGF: Chapter 1 star was also excited to speak about the film but did not take any credit for it. Instead, he praised the cast and crew for delivering so brilliantly. The conference, Yash said, “I have seen this film grow from scratch. It all started when Suhasini Maniratnam told me about the script and introduced me to Priya (the director). I loved it and told Rockline Venkatesh about it and he was equally enthusiastic. That was my only involvement in the film. The rest is all the work of the brilliant cast and crew.”

He then revealed that his wife, Radhika, is a much better actor than him. While you are thinking about who is the better actor here, check out the poster of the film and some stills from the press launch.

I was told we have someone special to launch our trailer this 12th JULY. Well.. Extra special to me ♥️😛 #radhikapandit #nimmaRP

Are you excited for Radhika Pandith’s first release after her marriage to Yash? Let us know in the space given below.

Watch Yash’s Rajadhani, if you are a fan of the Rocking Star, streaming on ZEE5.

Watch The Celebration Round On Sa Re Ga Ma Pa Li'l Champs Season 16, Streaming Now On Your ZEE5 Platform