Maya gets hold of all the ancestral jewels, but discovers later that they are fake 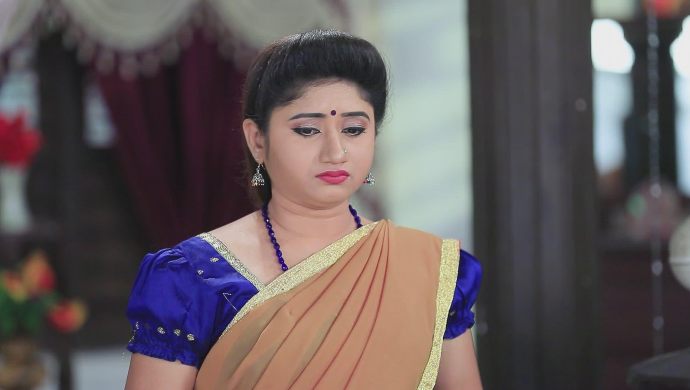 In the earlier episode of Yaare Nee Mohini, Shanmugam is getting ready to leave the house. Muttu apologises and begins to cry. So, Shanmugam decides to stay. Maya calls Belli and begins to insult her family and her. She questions her character by asking her if she is trying to get close to Muttu to get money out of him. Belli gets furious and begins to choke her.

In this week’s episode, Maya is furious after her plan fails. Muttu’s parents, on the other hand, are praying for him to recover from all his injuries.

As soon as he wakes up, he asks for Belli as he is worried about her. His family tells him that she saved Muttu’s life and is currently battling between life and death now.

They take him near Belli. He prays to the almighty that she gets the power to fight the battle of death. Just then, Belli moves a little bit and he starts to cry.

Elsewhere, Maya and the tantric are performing rituals so Belli does not recover. As they are doing so, a crow comes in the way and stops their ritual. The tantric tells her that it is the power of God that has stopped this ritual.

Belli is saved by God and everyone thanks the Almighty. At home, all of them are looking at ancestral jewels that women who are about to get married wear.

Muttu gives Aishu the jewels as she is about to get married. Maya asks if she can have the jewels when she gets married to Muttu. However, Shanmugam and Aishu want Belli to have the jewels so she can marry Muttu, but Maya tells her that she doesn’t deserve it.

Aishu and Shanmugam deliberately hide the ancestral jewels so that Maya cannot find them. However, she eventually finds and wears them, too.

Later, Maya discovers that the jewels she has found are fake.

Catch all the episodes of Yaare Nee Mohini exclusively on ZEE5!