Prem is brought in to Muttu's house by Maya, so that she can get him married to Belli; the latter is recovering from her illness. 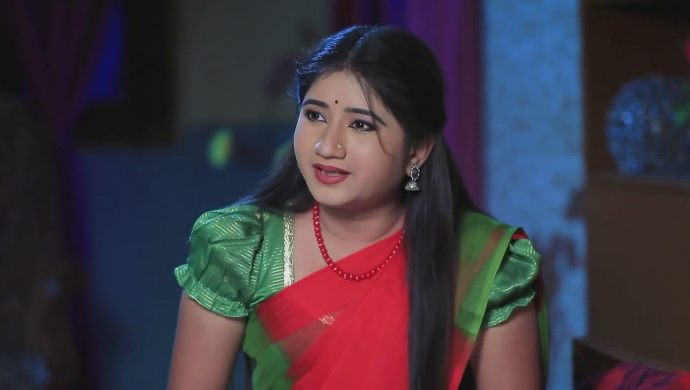 In the earlier episode of Yaare Nee Mohini, Muttu looks at Belli’s pictures on his phone and expresses his concern for her. He talks to the photo and says that he cannot imagine anything dangerous happening to her. He says that Chitra already left her and now, he cannot fathom losing Belli too.

This week, Maya talks to Prem’s mother who wants to get him married to someone like Belli. Maya suggests that there is no need to do the same, and that instead, Prem could get married to her.

Shanmugam and Muttu talk about Belli. Shanmugam asks him how he plans on taking care of her. The latter says that he will manage. Shanmugam also tells him that Maya will do whatever she can, to prevent Belli from getting married to him.

The next day, Prem comes to stay in Muttu’s house. Maya tells him that he has to listen to her if he wants to get married to Belli. Prem asks him what he must do next.

Prem begins to take care of Belli. When she expects it to be Muttu, she realises that Prem has come into the room. He talks to her and tells her to talk to more people if she wants to recover quicker. She tells him that Muttu will take care of her, if anything is needed.

Aishu, Shanmugam, and Muttu talk about Prem. Muttu also says that he usually cooks food for Belli but someone had already done so and suspects that it is Maya.

Shanmugam also suspects that Maya has some ulterior motives for bringing Prem in.

Belli is uncomfortable with Prem constantly giving her company and taking care of her. He tries to entertain her and also asks her if he should sing to her. However, Belli refuses politely.