Yaare Nee Mohini Weekly Recap Of 20-24 July 2019: Muttu And Belli Are Getting Closer

Last week was super awesome for Muttu and Belli, romance-wise. Also, Aishwarya has finally mustered the courage to speak up against Maya. 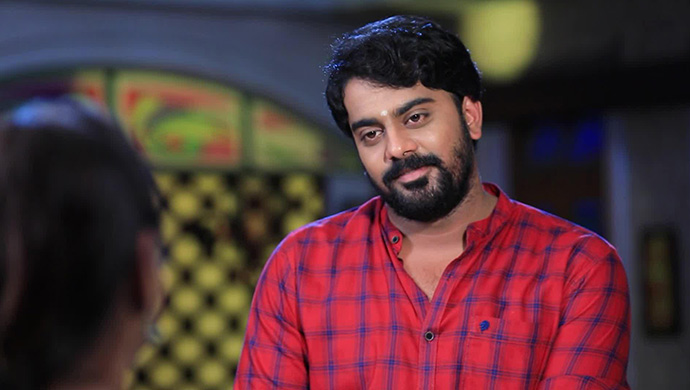 Previously on Yaare Nee Mohini, after Maya’s true face was uncovered, Muttu started developing feelings for Belli (finally!). Also, the shocking news for the whole family came when somehow, Neelambari survived her accident and returned. This was on the day when Ashok and Maya had plotted to turn the whole village against Belli, by telling them that she is one who murdered his brother. To prove herself, Belli then doused herself in kerosene and walked on a path of burning coals. Even though she survives without a scratch, Neelambari asks Muttu to get married to Maya only. This makes Belli suicidal and she goes to end her life. Her plan is noticed by Ashok, who aims to get her killed in an accident. To make things worse, Maya takes a thaali in the name of Muttu and adds it to her neck but of course, it doesn’t stay around her neck for long thanks to Chitra.

Ashok isn’t successful with his plan to kill Belli and she lands up in the hospital. Muttu, who has had enough of harm come to the love of his life, warns everyone at home that if anyone comes near Belli, there won’t be anyone worse than him. Neelambari is shocked to hear this. She takes Maya and goes to a priest while Muttu goes to the hospital to check up on Belli. The priest brings sad news for Maya, that she and Muttu will never be together. The only solution to this problem he says is to get Neelambari’s daughter Aishwarya married. He continues by saying that once her marriage takes place there may be a possibility that Maya and Muttu could get married. With me so far? Let’s now see what happened since then…

1. Muttu brings Belli home and calls her his wife.

2. In disbelief and excitement, she makes him repeat the words again and again.

3. Swathi and Belli soon tease Aishu about her prospective groom by making fun of his photo.

4. Aishu is made to run around just to get a glimpse of her future husband.

5. When Swathi accidentally pushes Maya while running around, Maya is furious and scolds her and Aishu badly.

6. Aishwarya can’t stand this for much longer and shows Maya her rightful place as the ‘guest of the house’.

7. Gautham (the to-be groom for Aishu) and family go to the temple where Belli and Aishu are.

8. Gautham’s mother is impressed with Belli’s help in saving her lamp from being blown away by the wind.

9. Unfortunately for Neelambari, Gautham’s family reaches home before Belli and Aishu have made it back to the temple.

10. Gautham and Aishu fall for each other as soon as they lay eyes on each other.

11. Neelambari, Maya and Sharmila are soon shocked to know that Belli has already met Gautham’s mother.

12. Shortly afterwards, Belli and Aishu find themselves in a pickle because the latter admitted to Gautham in their one-on-one meeting that she doesn’t know to cook, dance or sing.

13. At first, although Gautham says no, he later clears the air by saying the only thing he wanted from his wife was honesty and Aishu has that, much to everyone’s relief.

14. Gautham is then asked to stay back for a few days at Muttu’s house only to get to know Aishu more.

15. At night, Gautham calls Aishu down to the hall and somehow gives her a gift.

16. When everyone’s asleep later, Aishu opens the gift and finds out that it is a mobile phone from Gautham for her.

17. They have a long romantic conversation soon afterwards.

18. Once the conversation is over, Aishu swirls around in happiness and crashes into Maya again.

19. A slap later, Aishu proves to Maya that she isn’t as bad as her but will hit back the next time she tries to do something like this again.

Will she plan to kill Ashu too? What is the next plan for Belli and her gang? Stay tuned to the next update to find out.

Your favourite Zee Kannada shows are just a click away, here on ZEE5.

Did You Watch The Grand Premiere Of Dance Karnataka Dance - Family War 2 Yet? If Not, Click Here To Get Your Entertainment Started On ZEE5 Right Away