With No Director Onboard, The Cast And Crew Of Raambo 2 Stepped In And Saved The Day

Just before the shooting for this film began, the producer backed out. The crew then came up with a brilliant idea to still make it a success. 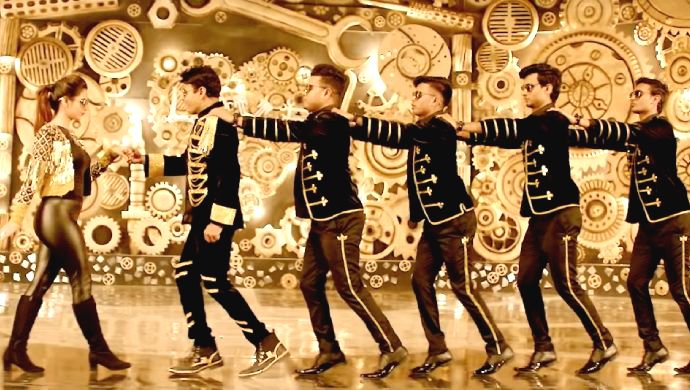 A comedy-thriller that revolves around a road trip is certainly worth talking about. Primarily because a road trip is always relatable. Directed by Anil Kumar, Raambo 2 gained the much-needed fame and success shortly after the release. However, the film deserves extra credit because despite it not having a producer initially, the cast and crew of Raambo 2 never gave up.

Go on a road-trip with Sharan and Ashika by watching the film here:

So what actually happened? In a discussion with a leading media firm, the director explained, “When we finalised the script and had the team in place, there was a producer on board. Considering that this is a road movie, we did a lot of location recces and were all set to begin filming when the producer had to excuse himself”. While another producer was considered for the position, he too, unfortunately, backed out due to certain discrepancies.

Director Anil Kumar further said, “We were then at a juncture at which we didn’t know what to do and were wondering if our hard work would all have been for nothing. It was then that our DOP Sudhakar suggested that we could make the film together, provided everyone involved forgoes their remuneration. Sharan, Chikkanna, Tharun Sudhir, editor KM Prakash, art director Mohan B Kere, composer Arjun Janya, among others, liked the idea, but we still needed liquid cash for day-to-day expenses”.

A noteworthy mention goes out to the lead actor Sharan and his dedication towards the project. Despite being amidst the construction of his new house, he paused it midway to invest in the film. Chikkanna and Arjun too invested a sizeable amount from their income for Raambo 2.

Was there eventually a producer onboard? The director clarified, “That’s when someone suggested that we speak to Atlanta Nagendra, the man who helped Sharan make Raambo. He, as it turns out, was waiting for our call and as soon as we reached out to him, he was on the next flight to India and helped us sort out the nitty-gritties to go on floors.”

Anil Kumar also mentioned that in a way it was good because they got the artistic freedom to make the film however they want. Finally, the crew members received a blessing in the form of Atlanta Nagendra. For anyone who wants to know what happened to Sharan’s house, well he resumed the construction right after the victorious launch of the film.

Whose role did you find best in Raambo 2? Leave your comments in the space below.

If you love the music director of this film, watch him in the Arjun Janya Live Concert 2018, streaming on ZEE5.