Mithra had to forget what he learnt in the past to play the lead role in this film. He was like a newbie who had to start from scratch. 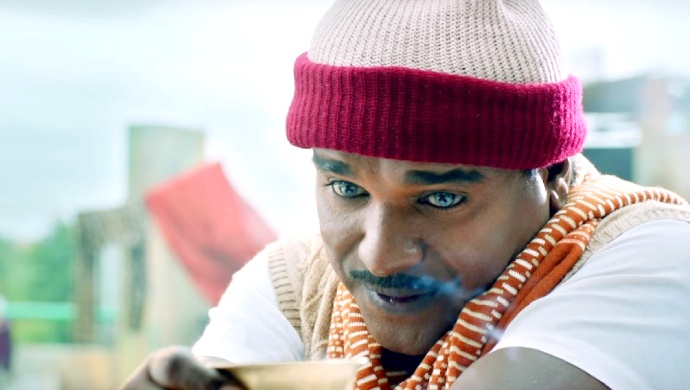 Set in the 50s, Raaga is a love-story of two visually impaired people, Mithra and Anu, who come from different financial statures. Their personalities too, are as different as chalk and cheese. Starring Mithra in the lead along with Bhama, this PC Shekhar directorial is a one-of-its-kind tale.

Get inspired by Mithra’s character in Raaga by watching the film here:

For any actor to portray the role of a specially gifted person becomes difficult. The challenge is that the actor has to bring out a solo personality suited to the character in the film. Mithra was no different.

He revealed the importance of playing such a role in an interview with a leading media agency. He said, “Despite being blind, my character is the most positive person anyone will come across. What’s most interesting about him is that he does not look at his disability as a weakness, but instead makes the most of it. While an able-bodied relies on his eyes for vision, for people who live in darkness, their whole body becomes their vision. Their senses are heightened and they actually see more than most of us do. That is what you see in my character”.

He not only acted as the male protagonist in the film but also partnered in as a producer as well, marking his entry in the field of production.

So, what happened when Mithra and Shekhar came together? In the interview, Mithra said, “Then, one day, Shekar came to my house and narrated the story of Raaga, as a film that he intended to make under his own banner. I loved the story, but was not sure what role he meant for me. That’s when he said that he wants a hero who is not hero material. He was looking for a short, dark man and said that I was among the most bad-looking people he knew in the industry, and, hence, that I would be perfect for the role.”

Acknowledging the fact that he has done around 600 stage shows in the theatre, most of which were related to comedy, he confessed that he was almost treated like a fresher.

Why? Because the role of Mithra in Raaga was fairly a new character for him. Despite all his previous experience, playing the role of a visually impaired person needed a lot of hard work. For the same, Shekhar would take several retakes until he got the shot right. He would also keep advising Mithra on how to use body language etc to give life to the character of a blind man. Sure enough, Mithra gave all the credit to the director for bringing out the best in his character. “Even though I have played the character onscreen, all credit of bringing the character to life belongs to Shekar, who showed me just what to do from frame to frame”, Mithra said.

The actor accepted this role primarily because he was tired of doing the same old roles. He wanted a break from the stereotypical comical characters. So, when he approached PC Shekhar, he was relieved to listen to the run through of Raaga. There was no looking back from then on and with the right support and guidance to each other, Shekhar and Mithra went on to make the film a memorable one.

Have you watched Raaga? Do let us know your favourite part in the comments below!

If you appreciate PC Shekhar’s work, watch his film The Terrorist streaming on ZEE5 now.

5 Reasons Why You Should Watch Raambo 2 If You Haven’t Already!