An award-winning film directed by Narthan is sure to keep you on your toes. The multi-starrer cast is an added bonus! 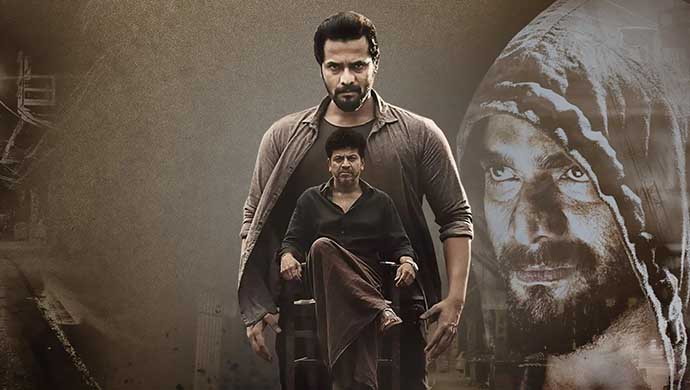 Firstly, for many of you who don’t know what the title of this film signifies; Mufti is an undercover cop. Secondly, neo-noir films are dark films (with a shady twist) that emphasizes more on the style of cinematography. Debutant Narthan, who directed this power packed action film, has set the perfect example for a first timer. Starring Namma Shiva Rajkumar as Bhairathi Ranagal and Sriimurali in the role of Gana, Mufti was probably one of the best action movies released in 2017.

To get a taste of what Indian neo-noir films should look like, watch the movie here:

The story begins and ends with aggressive action sequences involving Sriimurali and Shiva Rajkumar. Gana, an undercover cop finds himself in a lawless land run by a don, Bhairathi Ranagal, who isn’t the demon that he appears to be. Over the course of the film, Gana makes a few startling realisations about his supposed nemesis. The story, however, ends with a bang, that you probably weren’t expecting.

Neo-noir films like Mufti, are made with a different intention as compared to normal films. Movies like this, look at camera angles, musical tonality and other sensibilities like the balance of lights, shadows etc. More than the cast, these movies concentrate on how grasping the film looks to a viewer.

The director took his time to come about the concept of Mufti making sure that he brings in quality along with quantity. While the film has only two songs, the background music coupled with the shocking twists seems to have made up for the lack of anything else. It is a dark film, which means that musical tracks were anyway not required to ensure its successful completion.

Sriimurali and Shivanna have managed to portray the seriousness required for such a film, along with keeping their own onscreen personalities of Ganaa and Bhairathi, intact. Not only was the movie unpredictable, but the lead actors have also dignified their characters by owning the part they play. There is absolutely no scope of faking it here. Furthermore, with their experience that stands as their accolades, both Sriimurali and Shiva Rajkumar have nothing to be worried about.

As an extra add-on to the script, Ganaa’s love interest comes in the form of Raksha, played by Shanvi Srivastava. This Mufti actress, who has worked previously with Manoranjan Ravichandran in his debut Saheba, has delivered promising work in the few scenes that she is a part of. If you like commercial films, we promise you this will be your favourite and will top your list of the best Kannada film in history.

Have you seen this brilliant film yet? Share with us your favourite moments from Mufti. For any other thoughts use the space below and add #MuftiKannadaFilm

For more entertainment, watch the latest episodes of the TV serial Paaru, on ZEE5.

Are You A Vidyut Jamwal Fan? Bookmark Commando 2 For This Weekend

Did You Know That The Director Of Raaga Was The Real Hero Behind The Film's Success?