It is a dream for anyone to have more than one love interest in their entire lifetime. Namma Pulkesh had the opportunity four times in Mugulu Nage. 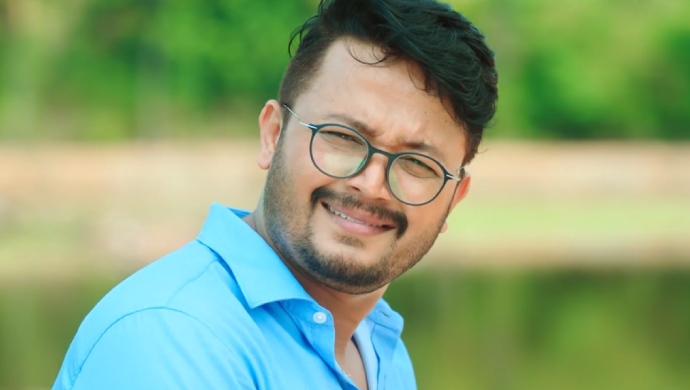 Mugulu Nage is a romance-drama film starring Namma Golden Star Ganesh. He plays the role of Pulkesh; a man who has trouble expressing any other emotion except laughter. When he was born, Pulkesh appeared to be laughing uncontrollably rather than crying, which was quite weird for his parents. When he reaches adulthood, he falls in love with four women at different points in life.

Watch the movie to decide for yourself about who was best paired against Ganesh:

The four actresses; Ashika Ranganath, Nikitha Narayan, Amulya and Apoorva Arora, have shown amazing chemistry with Ganesh. Also, his romance with each of them is totally worth the watch.

So who displayed the best chemistry with Ganesh? Let’s find out…

Mesmerised by her bold nature, Pulkesh instantly takes a liking to Vaishali (played by Ashika Ranganath), who is his junior in the college he is an alumnus in. Their love story instantly kicks off, sending the viewers further into the mood of romance.

We are unsure if it was a rebound or something, but Ganesh started liking Siri (played by Nikitha Narayan) when he learned about her talent for playing the guitar. Although he traced her back to her house, it later turned out that she was just another heartbreak for him.

Although brief, Amulya appears for a few scenes in the film since she plays the role of a prospective bride for Pulkesh. Despite trying their best to make it work, Amulya’s character ends up getting extremely upset with Pulkesh by the end of their meeting.

This was the cutest bit of love story in the movie. Why? Because Chaaru (played by Apoorva Arora) is an innocent village girl, who doesn’t even know the meaning of love. Her definition of love is something absolutely pure and sacred. While we sincerely hoped that Pulkesh found his happy ending with her, unfortunately, it doesn’t work out for them.

In our opinion, Ganesh’s chemistry with all his love interests was up to the mark in the movie. Each actress displayed a slightly different personality than the other which kept the overall emotional theme of the movie intact.

Which actress do you think paired best opposite Namma Golden Star? Vote and let us know your thoughts and comments in the section below with #MuguluNage.

Haven’t had your fill of Ganesh’s cuteness, watch his other movies here on ZEE5.

If You Too Are Newly Married Like Anu, Brace Yourself For These Annoying FAQs

Get Ready For The Dance Round Spl On Sa Re Ga Ma Pa Li’l Champs 16: EXCLUSIVE Pics Here