Who Do You Think Is A Better Vamp In Gattimela — Sarika Or Sahithya?

Sahithya and Sarika are in love and want to do anything to get married to their respective lovers. Who do you think is more dangerous between the two? 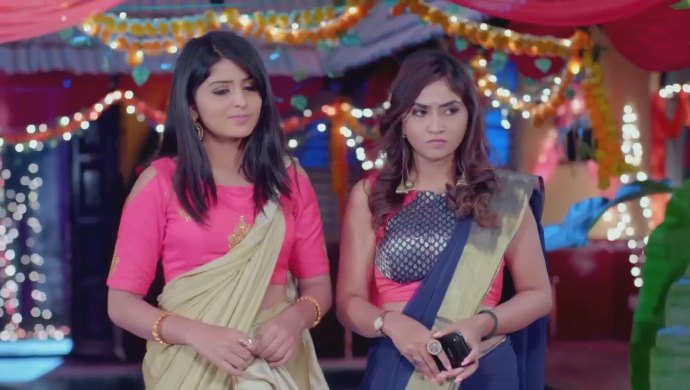 Sahithya and Sarika of Gattimela are the two main vamps in your favourite show Gattimela. Both of them are in pursuit of obtaining the love of their lives – Vedanth and Vikranth respectively. However, Aarthi and Vikranth successfully get married while Sahithya is trying to grab Vedanth’s attention at any given time. Meanwhile, Vedanth is in the process of identifying his feelings for Amulya.

Sarika, who is madly in love with Vikranth, has gone to every extent to marry him. Even though she is Sarthak’s sister who is just the opposite of her negative character, she has proved dangerous to many people. Initially, we see her trying to arrange Aarthi’s marriage to Gautam, who is of questionable character. When that fails, she tries to create a distance between Vikranth and Aarthi who get closer to each other. When their marriage gets fixed, Sarika intoxicates Vikranth with the intention of getting married to him. Aarthi, however, saves him from that marriage.

She finally proves to be a source of utmost danger when she gets Aarthi kidnapped and threatens to end her life if they try to stop her wedding with Vikranth. Amulya, with the help of Vedanth and Druva, brings Aarthi back and slaps Sarika for all the vile stunts she has pulled off.

Sahithya, on the other hand, joins Vedanth’s firm. When Amulya refuses to pretend to be Vedanth’s girlfriend any longer, he asks Sahithya to pretend to be his future wife. However, Sahithya takes it upon herself to actually get married to Vedanth and so, she does what it takes to eliminate Amulya from his life. On multiple occasions, she tells Amulya to stay away from Vedanth. She even goes to the extent of sabotaging Amulya’s reputation in the office while causing a considerable loss to the company when she deletes all the important files of a deal from Amulya’s system.

While she has also insulted Amulya’s background and financial conditions, she hasn’t gone to the extent of kidnapping anyone or even threatening to kill them the way Sarika has. Well, let’s wait and watch as to what she does to get married to Vedanth. Meanwhile, comment below and tell us who you think is more dangerous and daring—Sarika or Sahithya?

3 Interesting Dishes You Can Experiment With This Week