What Inspired Aravind Kaushik To Create The Unique Concept Of Huliraya?

An intriguing incident encouraged the director Aravind Kaushik to create a wonderful story around it. 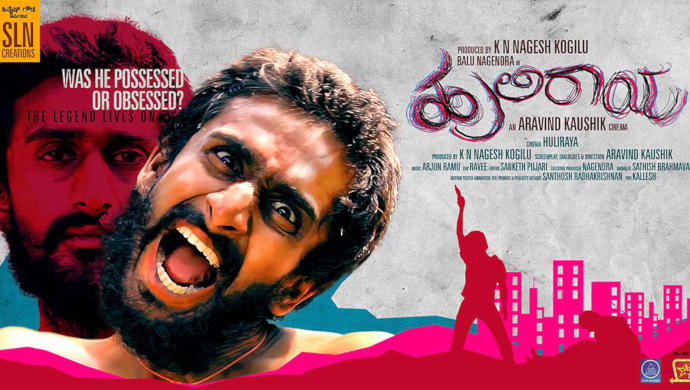 Aravind Kaushik’s Huliraya is the perfect example of a thriller film. The lead roles in the film are played by Balu Nagendra, Chirashree Anchan and Divya Uruduga. Before we get into what the movie is about, lets first laud the overall concept. A man who has lived all his life in the deep interiors of a forest, with little or no contact with nearby towns, must suddenly move to the big city of Bengaluru.

To see Balu Nagendra as Huliraya, watch the film here:

What inspired the director to make Huliraya was an incident that occurred when he was busy shooting for another film in the interior forests of Karnataka. In an interview with a leading daily, Aravind mentioned his encounter with a young lad that was probably a native of the forests. The boy seemed quite taken with the director’s sunglasses hanging down from his tee-shirt. Upon asking for his name, the boy’s reply left an unforgettable memory in his heart. His name was Suressa and just the way he pronounced it triggered the concept of the movie.

Aravind also mentioned that there were two aspects that he wanted to cover in the film based on this incident. One was the fact that the boy was a local and probably might have not seen the city life. So, he had to put himself in the boy’s shoes to understand what he would feel if he was taken to a bigger place as compared to his home. The second was the name of the movie itself. The director wanted the audiences to feel how a tiger who is caged in a zoo would do when he is instigated.

Relating this to our own lives, Aravind confessed that we all are like the caged tiger internally in some way or another. Many of his beliefs for this movie have been portrayed beautifully by the cast. This distinctive concept helped the cast and crew to put together a power-packed film, Huliraya. If you haven’t got the chance to watch this movie, we promise you won’t be disappointed with the talent and story perspective.

Did you like Huliraya? What about the film impressed you the most? Your comments are most-awaited in the comments space below.

Gather your family this weekend to get your dose of entertainment streaming on ZEE5.

Want A Thriller-Action Filled Weekend? The ZEE5 Original Series Alarm Should Do The Trick

EXCLUSIVE: It's Time To Reveal The Beauty Secrets Amulya Gowda Aka Kamali Swears By