Weekend With Ramesh Season 4: Check Out Which Celebs Have Made It To The Guest List!

Ramesh Aravind is back to interview your favourite stars and to give us an insight into their real lives. Ready to know who might be invited? 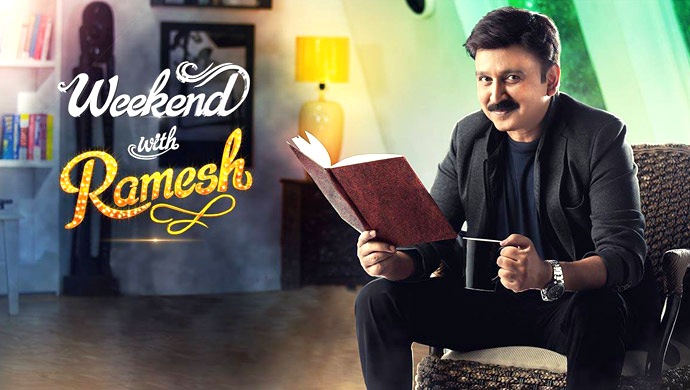 One of the best Kannada talk shows hosted by the multi-talented celebrity Ramesh Aravind has been renewed for another season! Weekend With Ramesh is all about dwelling into the real-life stories of your favourite reel-stars along with well-known samaritans of the state. As fans, aren’t you always curious to know about actors and how they are in real life? This talk show covers those aspects with an added touch of fun and humour.

Last season, the coffee and the hot-seat chair, hosted some big names like Golden Star Ganesh, Jaggesh, Prakash Rai and Arjun Janya. So it is obvious that this season too, we can expect some big names. In an interview with a leading media portal, Ramesh expressed his feelings about the renewal of the show by saying, “It’s the same feeling you get when you come back home from a world tour. You have had great adventures in between, but home is always home. More than anything else, WWR makes people dream big and the red chair has become an aspiration for youngsters.”

While discussions with the celebrities are going on in full josh, here’s a list of tentative guests, who will be invited for the fourth season of Weekend With Ramesh. Excited?

Who are you looking forward to seeing the most from this list? Leave in your choices in the space provided below.

The last season of Weekend With Ramesh is available for your binge-watching pleasure, only on ZEE5.

If You Missed The Hemmeya Kannadiga Awards 2019, Here's Your Chance To Watch It, Only On ZEE5