Last week on Weekend With Ramesh 4 we learnt in detail about two of Karnataka's unsung heroes, BB Ashok Kumar and Shankar Bidari: here is a recap! 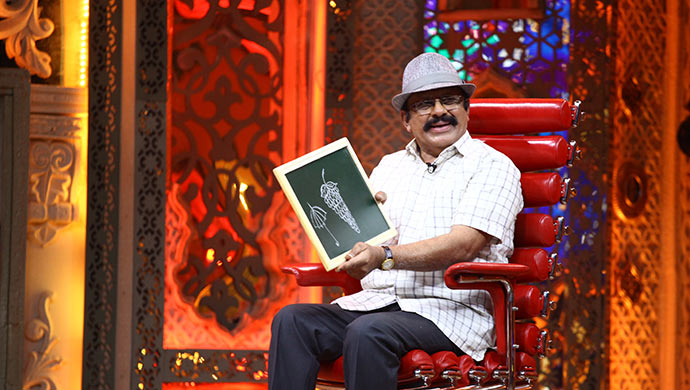 Weekend With Ramesh is a show that enables you to learn about your favourite celebrities and real-life achievers, in-depth. Host Ramesh Aravind has time and again proven that he intends to bring only the best on the chat-show. Last weekend is no different because not one but two powerful personalities took their place on the red-seat. Why I call them powerful is not only because of their position but also the love and respect they have earned from the normal masses.

BB Ashok Kumar (also known as Tiger Ashok Kumar, retired Assistant Commissioner of Police and Shankar Bidari, ex-Director General and Inspector General of Police (DG & IGP), were the two esteemed guests on Weekend With Ramesh season 4 and I promise you will want to know them, their life story.

First, i.e, on Saturday, the red-seat hosted the ex-DG & IGP, Shankar Bidari. With much pride and enthusiasm, the hosted welcomed the guest. Check out the super-sakkath intro and a gist of the whole episode here.

For those of you who don’t know, the STF (Special Task Force) commissioned to end the reign of the notorious gangster Veerappan, who had terrorized all four of the Southern states, was lead by Mr Bidari. Also, for his wife, Umadevi, who is a doctor, all his children and their respective spouses are in the civil services, isn’t that cool.

So how and why was he appointed as the head of the STF of Karnataka to arrest or fatally injure the dreaded smuggler and criminal Veerappan?

Apart from facts about this retired hero, here are some praise-worthy comments given to him by one of his co-workers. Take a look…

To support the esteemed guest, his siblings came down to the show too. A surprising fact about Mr Bidari is that he was the oldest of 9 siblings! Still, for each of them, he was no less than a mother or father. Watch how Shankar Bidari became emotional when some of his siblings came to the show.

The next guest on the show was none other than the retired ACP of Karnataka, BB Ashok Kumar, aka Tiger Ashok/Tiger Ashok Kumar. From the encounter of several dangerous criminals in ending the reign of a Naxalite group in Andhra Pradesh, this hero has done so much for the society too. Let’s quickly take a look at the introduction of this great man and a gist of the episode on Weekend With Ramesh Season 4, shall we?

Want to hear something cool? The reason why the ex-ACP got the name Tiger was because he too was part of the STF that was formed to capture or kill Veerappan. So, in the beginning, there were three teams created of the best NSG-trained commandoes, called Tiger, Cheetah and Wolf and Mr BB Ashok Kumar was placed in the Tiger team.

But before the Veerappan scene, he got the chance to first shine in a case involving a group of Naxalites in Andhra Pradesh. Even though it wasn’t his turf, he went his with all his force and successfully came out victorious much to the surprise of even the leaders of the state. Listen to the guest’s experience from his perspective here…

Whose episode surprised you more? Which other real-life achievers would you like to see? Keep your thoughts coming in the space given below.

Watch The Latest Episodes Of Gattimela, Your Favourite TV Show Of Zee Kannada, Now Streaming For Free On Your ZEE5 Platform

Monday Motivation With Ramesh: Have You Taken A Step Towards Achieving Your Kanasu/Dreams?