The newest and hottest mommy in town, speaks about her feelings on baby number two and we can't keep calm! More details here... 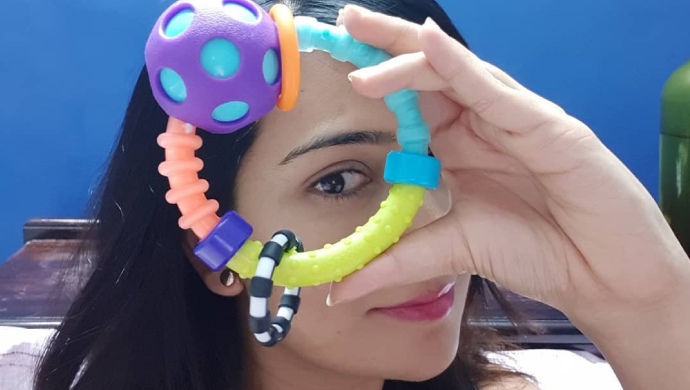 From their first encounter with each other on their debut TV show, Nandagokul, to making their film debut together in the film Moggina Manasu (2008), Rocking Star Yash and Radhika Pandith have been inseparable. And since then, there has been no looking back for the ‘Rocking’ couple of Sandalwood. After years of courtship, they finally got hitched on December 9, 2016. Two years later, baby Ayra Yash was born on December 2, 2018! For the KGF: Chapter 1 star Yash, his wife and little princess are luck factors as he has mentioned many times before. That and his hard work together make him one of the most relatable actors in the youth section of the state and now in the country!

While they were just getting used to the idea of their baby girl, Radhika (in the form of a montage video) gave super-sakkath news to fans shortly after her naming ceremony. Check out the video before you continue (P.S: your heart is going to absolutely melt)…

In an interview with a leading media channel, the new mommy got talking about her second baby (on his/her way) and couldn’t contain her excitement. She said: “We were destined to have both of our children in such quick succession. We are thrilled, no doubt. I think it is God’s blessing and we are lucky that we have another opportunity to share such good news with those who love us. We are looking forward to the new addition to our family.”

Further, she shed light on the reason why baby Ayra was the one to announce this good news to the world and how. The creativity put behind this video had a lot of brainstorming behind it. Apparently, since both she and husband Yash are from the creative field, it was only apt that they thought of a unique and creative way to share their happiness with the world, something that included Ayra too. For Radhika, everything is about creativity, which is why their engagement, wedding, the news about baby Ayra were made in  artistic ways. She acknowledged that because of the exceptional response they receive, it is worth putting in the little extra effort.

For baby Ayra however, the actress explained the whole ideology behind naming her and why. “When our daughter was born, everyone referred to her as Goddess Lakshmi in our lives. That’s when we thought that we should name her after the goddess. Meanwhile, all our fans began calling her Yashika and YR. So when we selected this name, we decided to prepare them by using YR. There’s an ‘A’ before and after those two letters. There have been different representations of that too — AY could mean the first two letters of Yash’s name reversed, while RA are the first two letters in my name. Another interpretation is that the four letters stand for Appa Yash Radhika Amma. Even our fans had suggested many names. We wanted something unique. And Ayra comes from Airavathi, another name for goddess Lakshmi. It was the perfect name for our daughter,” Radhika Pandith said.

Do you think baby YR 2 is going to get a name equally as good as her older sister? Send in your thoughts and best wishes for the couple in the space provided below.