Watch The Grand Finale Of Comedy Khiladigalu And Have An Entertaining Weekend!

With Comedy Khiladigalu coming to an end, here are a few acts from the previous episodes, which we must look back at! 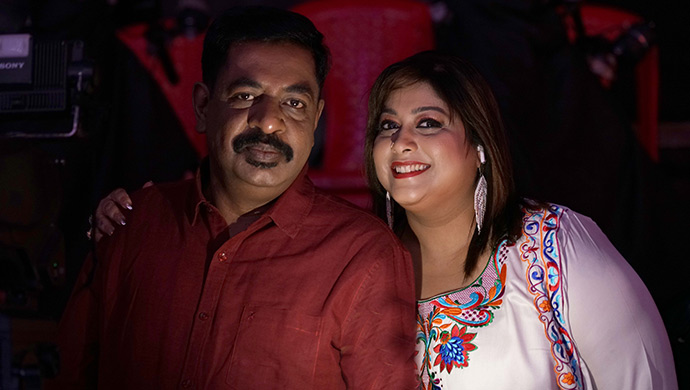 Comedy Khiladigalu Season 3, is finally coming to an end this weekend as it is the grand finale episode and we sure have mixed feelings about the same. While we will absolutely miss our laughter-filled weekends, we cannot wait to see what the contestants of the show have lined up for us as part of the big end.

Comedy Khiladigalu has completed 7 months and 26 weeks of excellent performances with over 150 skits. While there have been good times, there have also been bad times with some eliminations.

Here’s a compilation video of all the fun times in Comedy Khiladigalu:

Here are some of the performances that we can look back as the show comes to an end:

The ‘Maha Milaana’ episode saw contestants from season 1, 2 and 3, taking part in season 3 of Comedy Khiladigalu which was also celebrated as Valentine’s Day! The act that stood out the most was the story about the boy who sacrificed his love for his wife, as she is in love with her ex. Hitesh, Naina, Santosh, Umesh, and Vishwanath enacted this skit.

Another one was about living the celebrity life. Who wouldn’t want to be a celebrity, right? But leading life as a star is harder than it seems. This act was by Santosh, Umesh, and Manohar and was surely the highlight of the show!

You know an act is funny when it’s a spoof! This act was a parody of how award ceremonies take place where Danappa even won the ‘Best Actress Award’.

Another interesting act was that of an old man who had a habit of repeating every sentence like a broken tape recorder. Performed by Manohar, Rakesh, Danappa, and Deepika, this act is too funny to be missed.

This act by Rakesh, Manohar, Deepika, and Gajendra involved them depicting the life of a boy having the habit of changing his name on a daily basis so that the direction of his life changes too. This one was quite interesting!