Do you like their good looks? Their onscreen chemistry or their overall pair? We would like you to vote for your favourite brother duo. Ours is #3. 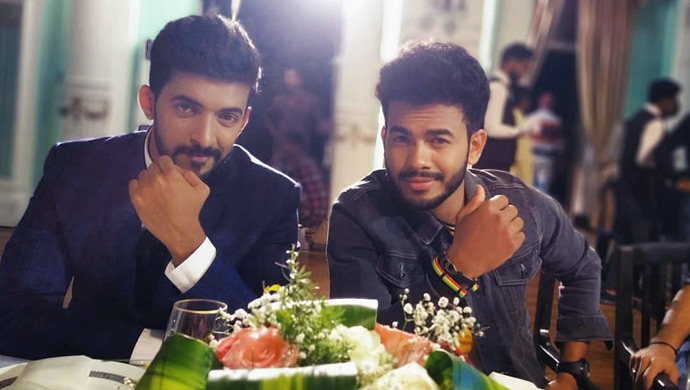 Even though it is not ‘Brother’s Day’ today, we thought of spicing things up with a small polling session. As you must have got an idea already about what is going to be the topic, yes! It’s an Anna-Thamma special post to get your opinion about your favourite on-screen brother duo on Zee Kannada. Before we begin though, you should know that some of these jodis might be the ideal pairs while some may not. So take your time and then make a decision.

Today, we will jot down some plus and minuses of each of the brother-pairs from shows like Jodi Hakki, Kamali, Gattimela, Paaru, Bramhagantu and Mahadevi. If you are ready, let’s begin…

These two brothers are as different as chalk and cheese. While Rama, the elder one, is the disciplined and obedient daddy’s boy, Ashok chooses to be a drunk and his wife’s pet. Still, Rama has never given up on him, so the credit goes to him for maintaining the balance in his little brother.

Here the equation is slightly different, Rohit is the older sibling and is like a horse (one-track mind) about his mother’s decisions. He will NOT listen to anyone if Tara says something. Similarly, Rishi is more like his father Ramesh. A more liberal person who does not see less-financially successful people any differently, Rishi is the more sensible one among the two brothers.

The Vashishta brothers, according to us, are the ideal pair when it comes to relatability. Why? Because Vedanth is very possessive about his younger brother and will do anything for Vikranth. He even went to the extent of talking and bearing with Amulya, even though he DESPISES WOMEN! Vikranth, however, is a naughty little kid who does as he pleases and is ready to fight the world for something that he has set his heart on (in this case, Aarthi Manjunath).

Another ideal pair of brothers, but with a twist. Aditya, the older one is definitely a mommy’s boy but isn’t afraid to speak against injustice. He too loves his younger brother Preethu dearly but looks at the right and wrong of a situation before giving him any advice. Neither of them though have any negativity against anyone who is walking on the right path. So for that, they get 100/100!

Even though Lucky and Datta are not real brothers (Lucky is Sumathi’s son while Datta is the son of Revathi), they always behave like the same blood. Datta is the older one has always supported his little brother Lucky and does so till date. Even though his mother and wife keep trying to brainwash him against Lucky and Geetha, he is not the one to listen. We love you, Datta!

The last pair of brothers are the most unique of the lot. Why? Because the younger brother (at least at the moment) is nothing but pure evil! Soorya, the younger brother has only hate and revenge in his mind (against Hiranmayi) while his older brother Samarth, is a ‘quiet lad’ who can never stand up to his mother or his wife Katyayani. So as different as night and day but still there for each other, Samarth and Soorya are maybe second to last on our list! What about you?

Let us know in the space given below, about who your favourite pair of brothers are.

Tune in to the ZEE5 platform, to give yourself more Kannada entertainment.

The Yogaraj Bhat Film Panchatantra Should Be On Weekend Binge-Watch List Because It Has A Balance Of Everything. Click Here To Watch This Film On The ZEE5 Platform

Health Special: 4 Unique Health-Friendly Drinks On Oggarane Dabbi That You Should 100% Try