US President Donald Trump Hits Back At Obama After Criticism 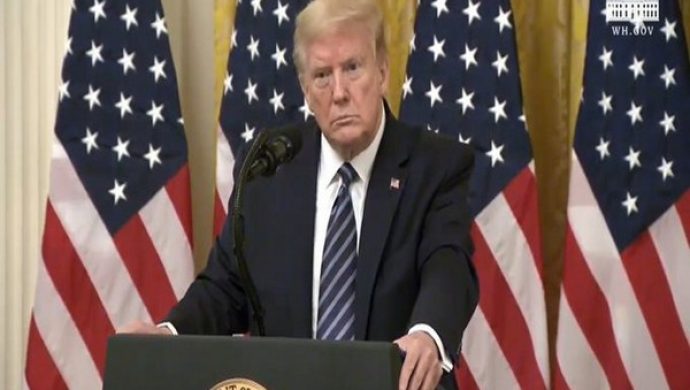 On Monday, United States President Donald Trump retaliated to Barack Obama’s comment about the government to say that he was “grossly incompetent” after Obama criticised the country’s handling of the coronavirus pandemic without really taking Trump’s name. The virus has caused 89,562 deaths in the United States which is also said to be the worst-hit country so far.

When Trump was asked about Obama’s remarks during a press briefing at the White House, he said, “Look, he was an incompetent President. That’s all I can say. Grossly incompetent.”

Obama said that “more than anything, this pandemic has fully, finally torn back the curtain that so many of the folks in charge know what they’re doing. A lot of them aren’t even pretending to be in charge.”

Trump was also criticised by many for denying that the virus was a source of threat to the United States.