Ugadi Special: Everything That You Need To Know About The Biggest Festival Of Karnataka

Ugadi is approaching and here's everything you need to know about the festival! Details inside. 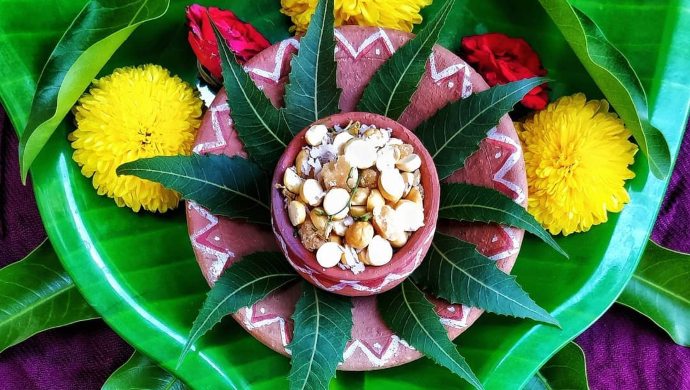 The word Ugadi is derived from ‘Yuga’ which means ‘age’ in Sanskrit and ‘Adi,’ which stands for ‘beginning.’ Also known as Chandramana Ugadi, the festival celebrates the beginning of the Hindu New Year. This day is also regarded as the herald of the harvest season.

Meanwhile, catch up with all episodes of Gattimela this festive season!

Here’s everything you need to know about the festival.

It is strongly believed that Lord Brahma began creating the world on this day. Ugadi refers specifically to the Yuga, in which the current generation lives—the Kalyug. Ugadi is also said to coincide with the onset of the harvest season. This day is also considered auspicious to start new ventures and for new beginnings in general. However, all business transactions are carried out after certain religious observances, so as to bring wealth and prosperity to believers.

Bevu Bella, a dish prepared with jaggery, is eaten on this day. This dish is a mix of neem flowers, jaggery, tamarind juice, green chilies, and raw mango, each symbolising the mixture of sad, fearful, happy, infuriating, bitter and surprising events in life. Other than that, the food prepared also involves special dishes like Paramannum, Atukulu Payassum, and Badam Halwa.

How Ugadi is celebrated

In Karnataka, every family celebrating the festival is required to wake up before dawn and take a bath after massaging the whole body with sesame oil. Each member also wears traditional clothes on that day. The idols of gods are also bathed in oil after which prayers and offerings of neem, mango, and tamarind are made.

Traditionally, the men are dressed in a white or off-white linen shirt paired with a cotton lungi that is embellished with gold zari. Women, on the other hand, wear Kanjivaram sarees while younger girls wear half sarees or silk skirts and blouses that are rich in colour. They accessorise by adorning their hair with jasmine flowers while their jewelry is of pure gold.

Wish you all a very happy Ugadi!

#WowWednesday: 7 Songs That Will Help You Get Rid Of Your Mid-Week Blues

Gattimela: Will Amulya Be Able To Find Her Sister Aarthi?