The A-Z of how and when the Kannada New Year, Ugadi is celebrated. Time to self-educate yourself! 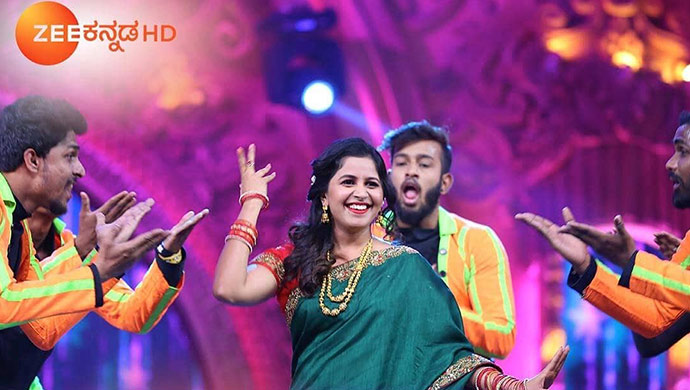 Marked as the New Year for Karnataka, Andhra Pradesh and the Telangana states is the festival of Ugadi. It ushers a festive mood in for the masses as it is considered the most auspicious time of the year. Not only do the locals get to heavily shop before the festival begins but the day, in general, is celebrated with great zeal because it considered the ‘harvesting season’. The Zee Kannada Kutumba celebrates this festival with full pomp and splendour every year. This year too, the show Sa Re Ga Ma Pa Lil Champs Season 16 is in full preparation mode for the Ugadi Swara Sambrahma.

For those of you who are still clueless, let’s look at the full guide to Ugadi, made simpler for you…

1. When Ugadi is celebrated

The celebratory mood sets in, in the months of March and April according to the Gregorian calendar. The Hindu Calendar, however, marks the first day of Chaitra (a month in the Hindu Calendar) as the new year for the Telugu speaking states and Karnataka.

2. How the term Ugadi was coined

The word itself is derived from the Sanskrit word ‘Yugadi’, that is combined from two words. The first half is ‘Yuga’ which means an era or a period in time, while the other half is ‘Adi’ which means beginning. Literally translated, Ugadi means ‘the onset of a new period or new age‘.

3. The Ugadi legend you should know about

4. All the significances of Ugadi in a gist

– Spiritual: Because of Lord Bramha, Ugadi is considered an auspicious day to many and is celebrated with great vigour and enthusiasm to this day.

– Astronomical: Thanks to the lunisolar calendar, Ugadi is known for the start of earth’s renewal phase. In other words, from the day of Ugadi until a period of 21 days, the earth’s tilted axis provides maximum sunlight. This helps to bring in an energised and new astronomical cycle into motion.

– Nature: This time of the year is an onset for the spring season. Ugadi is a special festival for farmers especially because of the prospect of growing new crops.

– Psychological: Since it is considered as the new year, Ugaadi is all about new beginnings for the people who celebrate it. It brings with it positive feelings like hope and expectations like how trees and plants come out with new leaves.

5. How to prepare for Ugadi

This is the busiest time of the year in states like Karnataka, Andhra Pradesh and Telangana because the preparations start well in advance. Right from completely washing and cleaning every inch of the house to buying new clothes to wear on that day, families find themselves most occupied during this festival.

6. How to celebrate Ugadi

People generally wake up before sunrise on the day of Ugadi and take a ritualistic oil-bath as is the tradition. Even the idols of Gods kept in the pooja room are given this oil-bath. The entrances of temples, homes and many shops are decorated with auspicious flowers and mango leaves. Rangolis are another sign of families that celebrate this festival with grandeur. Families enjoy wearing new clothes followed by offering prayers to the Sun God. Also, many houses see the preparations of exotic dishes and sweets during the New Year.

From commencing the construction to doing important transactions, many people consider this an auspicious time to make purchases. Want to start a business? Or buy a car? Or even a home? Ugadi is considered the right time to dwell into any kind of investments.

Did you know these facts about our New Year, Ugadi? Did we miss anything? Feel free to comment in the space given below.

Before the Ugadi Swara Sambrahma on Sa Re Ga Ma Pa Lil Champs Season 16 begins, watch the previous episodes on ZEE5 if you still haven’t.

From Karenjit Kaur To Sunny Leone, Here's Her Amazing Transition That Is Worth A Read