This 201st Dr Vishnuvardhan film has a variety of soulful melodies and it shouldn't be missed. 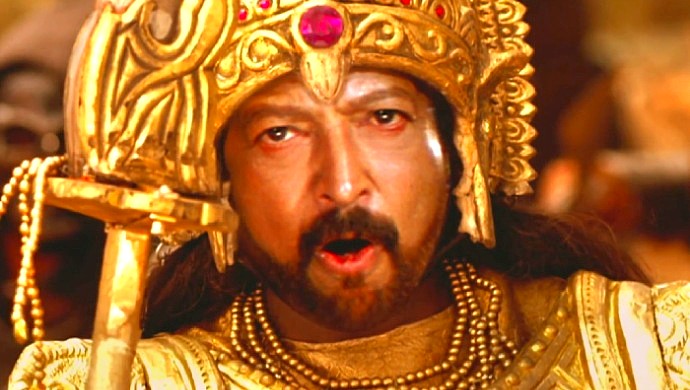 Marked as the onscreen return of Namma Sahasa Simha Dr Vishnuvardhan, Nagarahavu was truly an epic film. With Telugu director Kodi Ramakrishna making his debut in the Kannada film industry and collaborating with producer Sajid Qureshi, Dr Vishnuvardhan was bought back onscreen with the help of their CGI and VFX teams.

How they managed to pull it off is something I will not even dwell upon. The star cast also includes Sandalwood Queen Ramya and Diganth who have both delivered a wow-worthy performance. With Gurukiran working as the music director, Nagarahavu provided us with an array of amazing tunes.

1. Namma Challenging Star Darshan gave a fantastic tribute to Dr Vishnuvardhan in the title track called Nagarahavu. If you are Darshan fan, you will not only get to see him for almost three minutes but wait for that moment of pride to fill your chest when you see his love for Namma Sahasa Simha.

2. The second song, Nodi Nodi, is an introduction to the character of the talented actor Diganth who plays the male protagonist Nagcharan in the film. Nagcharan is a part of a music band and is a star for his audiences.

3. Manasa (played by Ramya) and Nagcharan start getting to know each other in the song Lucky Lakkamma. The chemistry between the two leads will give you romantic goals.

4. Nagcharan and Manasa along with their troop perform in a concert for the song Munni Baby. The crowd in the scene seems to be going especially crazy for the cast, giving the song the perfect appeal that it needs.

5. Manasa’s real identity is questioned just before the song Suttha Muttha. It’s like a flashback of her previous birth but an interesting watch.

6. Kapali tries to capture Manasa in the song Nagini, which acts as a build-up to the final song.

7. Nagcharan gives one last stage performance in the form of Aledaado Megha, after which lies the finale of the movie. In the climax, you will get to see Namma Sahasa Simha for a good 5-8 minutes, so watch out.

Each song has been stitched perfectly into the screenplay and appears at correct intervals in the film. Be sure to watch the full movie and let us know in the space below if you think the background score was awesome too!

Are you a die-hard Ramya fan? Watch her movie Jothe Jotheyalli streaming on ZEE5 now.