The Plot Of The Popular Show Paaru Has Taken A Serious Turn. Will Paaru Be Alright?

If you are a fan of the show Paaru, we are sure even you can't wait to find out what happens next! 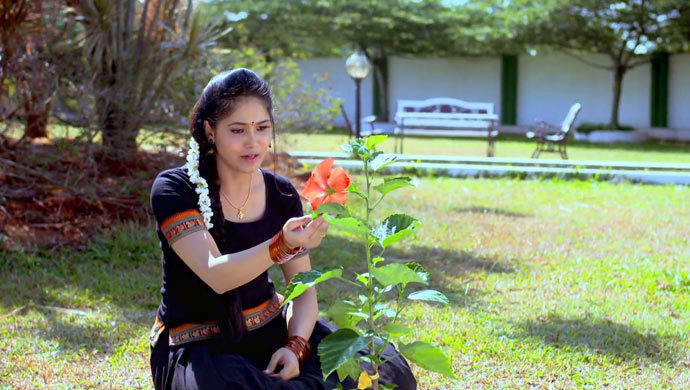 If you are a fan of the show Paaru, you know by now how much Disha hates Parvathi. Even when the latter is hospitalised, Disha spews venom about Akhilandeshwari in front of her. She then reveals her whole plan of destroying everything Akhila believes in. Disha continues to tell her that she will use Preethu to execute her plan. Shaambhawi Venkatesh has done a fabulous job in the role of an antagonist on the show. Don’t you just love her?

Despite the mishap that happened after Disha pulled off Paaru’s oxygen mask, it was thanks to Akhilandeshwari’s prayers that she still survived. Aditya who is worried about Paaru later gives her some exciting news. This makes Paaru spring up in a second. To know what the exciting piece of information Adi shared with her, watch the episode above. After she is feeling better, he springs another surprise on her, causing her to smile wide. Everyone including Akhila visits Paaru at the hospital, causing her to feel immensely grateful.

During this whole time, Damini irritably wonders why everyone is giving the kelsadoulu so much importance. Later at home also, she assumes that everyone including Arasane Koteya Akhilandeshwari is waiting for someone important but is soon in for a surprise. Who do you think it will be?

Let us know what you like best about this show in the space below.

If You Are A Fan Of Namma Navrasa Nayaka, You Cannot Miss His Thriller Film 8MM Bullet

Namma Navarasa Nayaka And The Power Star Share The Same Birthday. Oh And It's Today