If you're looking for a heartwarming show to watch and are also a Rajini fan, here's what Postman has in store for you! 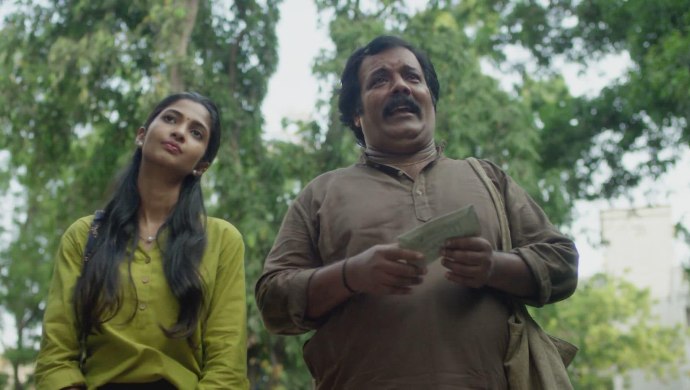 ZEE5’s originals are back to entertain you during your time at home amidst the coronavirus pandemic. If you’re looking for something to binge on, then Postman is just the show to entertain you. The story directed by Prashanth Gunasekaran stars Munishkanth and Keerthi Pandian as its leads and we must say this on-screen father-daughter duo is as perfect as one can get.

The story is about Raja who is a postman by profession but more importantly a fan of the very renowned actor Rajinikanth. In a shocking turn of events, Raja meets with an accident and slips into a coma on the day a Rajini film releases. Having met with a car accident, it takes 23 years for him to regain his consciousness only to find out that his daughter is now in her 20s. What we later realise is that in the years that he had been unconscious, he received a number of letters from multiple people. Raja then decides to go to visit each of those addresses which turns his life around.

For all the Rajini fans, this show is a must-watch. Speaking of the opening of the show, the series starts off with Rajini’s films like Baasha and Chandramukhi along with other flashes of the superstar. Needless to say, the subplots and other one-liners of Rajini makes the show even more interesting than it already is. There is a certain nostalgic feel to Postman as it takes us back to Rajini’s cinema and dialogues. But the aspect of letter-writing is also what makes it warmer by nature.

In terms of acting, Keerthi has done a commendable job as she plays Raja’s supportive daughter. The relationship between them comes across as very genuine and warm where the two become each other’s support system too. Keerthi has surely managed to get into the role which is also the highlight of the series. As the two are set out to visit all those who sent them letters, their journey has all the excitement you need to witness.

Catch all episodes of Postman exclusively on ZEE5!

It Was A Hyper-Active Role: Vihan Gowda On Playing The Role Of Karthik In…

Why You Must Watch Comedy Khiladigalu Season 3 Again For Your Daily Dose Of Laughter!