Karenjit Kaur recently celebrated her anniversary with husband Daniel Weber, and the photos are giving us some serious family goals! 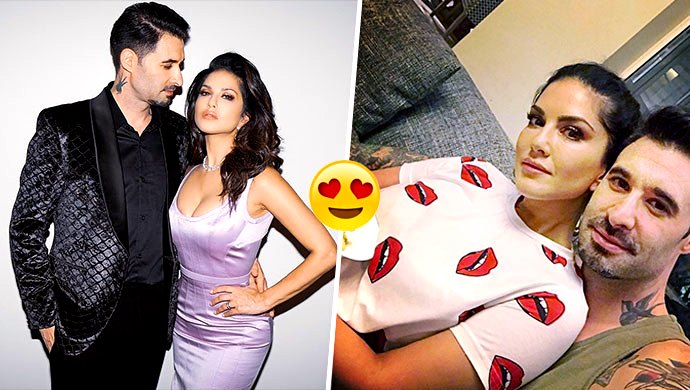 The only star in India to have starred in her own biopic (Karenjit Kaur: The Untold Story Of Sunny Leone) is the ravishing Sunny Leone aka Karenjit Kaur. While the increasing trend of biopics in the past decade doesn’t seem to be slowing down in any manner, we are crossing our fingers and praying for more celebs to come out and give us an insight into their lives.

What more could a fan want? Now, you know about Sunny’s past I am sure, but what you probably don’t know is that yesterday was the 8th anniversary of her beautifully married with husband Daniel Weber.

You’ll be surprised to know that her adorable daughter Nisha Kaur Weber was behind her excitement.

Apparently, Karen’s little girl prepared their anniversary cake. It’s true that Sunny and Daniel‘s younger born twin sons are still too young to baking, but wouldn’t it be lovely to see them joining in on the fun with their older sister?

For now, let’s just enjoy these pictures because they will legit give you #couplegoals and #familygoals.

While sharing the pictures, Sunny wrote on her Instagram handle, “Happy Anniversary @dirrty99 (Daniel Weber) you are the best part of my life, my best friend and the best father to our children! the greatest part is that our daughter made us our cake.”

Even though the couple has been married since 2011, they still love each other immensely. Talk about true love!

Wish the adorable couple a happy anniversary in the space given below.

Have you watched the second season of Karenjit Kaur: The Untold Story Of Sunny Leone yet? Click here to watch it on ZEE5.

Prema Baraha Is A Love Story About Two Journalists Who Fall In Love While Covering The Kargil War!

Paaru's Attempt To Pose Like Akhila Was Successful, But To What Extent? Time To Vote!

This Gattimela Onscreen Couple Will Make You Wonder Why They Aren't Together In Real Life?