Bollywood's one and only Anna is all set to enter Sandalwood, and fans are going crazy over social media. Check out what Kiccha Sudeep tweeted here! 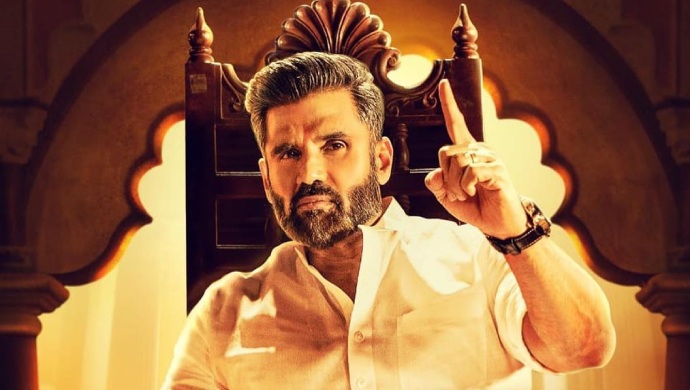 After Kiccha’s return to Bollywood as the antagonist in the Salman Khan starrer Dabangg 3, and Arbaaz Khan making his debut in Sandalwood soon, it seems like more Bollywood stars are wanting to enter down south, which is awesome for fans, of course. Veteran actor Suniel Shetty is next in line after Arbaaz Khan, and in fact, his movie Pailwaan is all set to release this August. Not only did Anna (a name given to Suniel Shetty by fans) fondly tweet about his part in the film, but he gave us the first look and his character name too, which is Sarkar.

Kiccha Sudeep, who is the lead in the film showed his excitement for Anna, along with many others. Let’s take a look at all the supporters of Anna and what they think of his entry into Sandalwood. Who else is excited?

Hey guys happy to showcase the first look of my first Kannada film #Pailwaan with the brilliant @KicchaSudeep directed by @krisshdop & an amazing crew! Thank you for making me feel at home! Looking forward to working with you again! pic.twitter.com/wz0wEtdfIw

Presenting SARKAR from #Pailwaan
His presence with this avatar on screen is worth a whistle. His subtlety shall speak for him.
Cheers @SunielVShetty Anna 🤗🥂@krisshdop@iswapnakrishna@ArjunjanyaAJ pic.twitter.com/TPETlEaZVo

We can't get enough of the sass that @SunielVShetty has in this first look of his from #Pailwaan! Can't wait for more @KicchaSudeep @krisshdop pic.twitter.com/vHt0SjLvGT

The action-drama film Pailwaan, set to release in August, shows promise in the trailers that have been released. As the name suggests, Kiccha will be playing the role of a pailwaan (a wrestler). The Sandalwood Star has seemed to beef up some more for this role, and obviously, we are not complaining. Fingers crossed that Anna’s debut into Sandalwood is with a bang!

Do you want to see the film Pailwaan on the ZEE5 platform after it releases? Share your thoughts in the space given below.

Watch Kiccha Sudeep’s The Villain if you are a fan of the actor, streaming only on ZEE5.

Watch The Sriimurali Special On Weekend With Ramesh Season 4, In Case You Missed Finding Out The Many Interesting Details Of The Roaring Star's Life, Only On ZEE5