Sumalatha Ambareesh On Thayige Thakka Maga: What I Liked Is That It Is A Very Strong Role

The Rebel Star’s wife, who has worked with Ajai Rao before, revealed why she accepted the role of a mother in Thayige Thakka Maga. 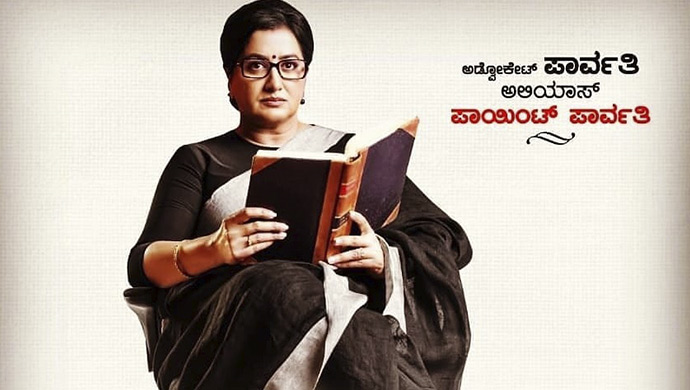 Thayige Thakka Maga is a film that looks at a society with flaws in the judicial system. Made to be relatable to the audience, Director Shashank wanted this movie to have more than one instance which can be seen in a common man’s life. Starring Sumalatha Ambareesh in the lead role along with Krishna Ajai Rao, the film is also about the intense relationship between a mother and her son. For those of you who don’t know, Sumalatha and Ajai paired up once before in his debut film Excuse Me as mother-son. So this was one of the reasons why she readily accepted the role.

In an interview with a leading media portal, Sumalatha spoke about the regular roles that come for her and why she doesn’t accept anything so easily. Apparently, whenever the actress is offered a role, she gauges the passion of the filmmaker towards the story. This is purely to see if the person is genuinely trying to make a hit film or just looking at the commercial aspect of it. The Thayige Thakka Maga actress also claims that when approached she gets all high-fancy words about the character but when she tries to find out the purpose behind that role, it is a fail-scene.

However, her opinion about Thayige Thakka Maga was different. She said, “With Thayige Thakka Maga, the team told me that it would be the title role along with Ajai and that it is a very strong role. She is not a regular mother who stands in a corner and cries when her son gets beaten up. The film is, no doubt, an entertainer. It’s got all the elements that one would expect in a commercial entertainer. But the special factor is that the female roles, played by me and Ashika (Ranganath) have important parts to play in taking the narrative forward.” She further added, “We are as important as the hero. There is a considerable screen time dedicated to my character, so I get the time and space to convey whatever is required.”

Sumalatha Ambareesh spoke fondly of her role claiming that what she liked about her character was that it had a really strong nature. She explained that her role encourages her son to go forth and fight evil or injustice that takes place in front of them. For those of you who don’t know or haven’t watched the film, Sumalatha plays the meaty role of a prominent lawyer who is strong-willed and never backs down in front of miscreants. According to her, the character plays out well and in a cinematic manner but the situations are something we face every day.

Dwelling more on her character, the actress said, “My character is that of a single mother, a lawyer, who wants justice while following the law. She brings up her son with those values and she pushes and prods him to fight for what is right. She is the kind who will tell her son to hit back if he is attacked. That way, it was very different for me to portray.” Mrs Ambareesh was surprised at the fact that even at this stage of her career, sometimes when she is offered a role, it almost fades into the background. For example, next to her husband or running behind her son.

For the Thayige Thakka Maga actress, this film added an extra dimension to her role, persuading her to accept it. Since the role is of a mother, Sumalatha Ambareesh could relate to the character. About Abishek she said, “Abishek is very close to me, he hero-worships his dad, but he confides in me and hence, the role here is very close to my heart — how a mother would want to mould her son.”

Let us know what about Sumalatha’s character Gayathri, did you love best, in the space given below.

Chemistry Of Kariappa Is A Light-Hearted Film That Looks At The Problems In The Life Of A Middle-Class Family. To Watch On ZEE5, Click Here

Huge Set And A Huge Team: Kiccha Sudeep On The Climax Shooting Of The Film Dabangg 3