After finding out the truth that Shanaya was Maria all this while, Subbi has a hard time trusting her and yet makes attempts to search for Guru! 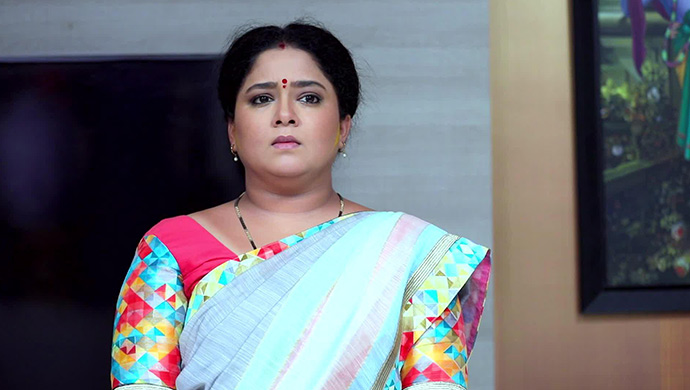 Subbalakshmi Samsara is a primetime TV show on Zee Kannada which looks at the story of Subbalakshmi, whose life is her husband Gurumurthy (played by Bhavani Singh) and child Atharva (played by Abhishek Rayanna). However, her dreams are shattered when she catches her husband cheating on her with his secretary, Shanaya. After over 500 episodes, she now works in a big position in the organisation of a businessman named Arun Prasad and earns a big pay cheque. But still, she chooses to ride her moped and is a kind woman living a simple life.

Recently on the show, a new villain by the name of Maria has entered and made everyone’s life a living hell, most of all Subbi’s. Why you may ask? Well because since the second Maria came into her life, Guru has been missing, or in other words, has been kidnapped. Although Arun is her full-time support throughout this phase, he and Subbi have nothing but respect for each other as colleagues and as friends. Initially, we thought that Shanaya is actually Maria’s daughter (because it made sense). But later, Shanaya revealed that Maria is not her mother, but just a means to an end. When she figures out about Maria’s full plan, she immediately changes her allegiance towards Subbi.

1. Shanaya apologises to Subbi for what she did but gets a slap for all her misdoings.

2. Subbi thinks that Shanaya knows where Guru is, but the latter says that she doesn’t know anything.

3. The next day, Subbi gets a pleasant surprise in the form of Arun and his mother.

4. His mother then apologises to Subbi for throwing her out of their house and asks her to return.

5. Meanwhile, Shanaya tells Chaya that she wants to stay with Subbi only to find Guru first.

6. Subbalakshmi gives the good news to Bharti aunty and Ramachandra that Guru’s phone is switched on and is ringing.

7. Arun, who joins them, soon finds out an easy way to track a mobile phone, much to Subbi’s delight.

8. However, thanks to Sahana and Siddhanth’s plan, Guru slips away from Subbalakshmi once again.

9. Sharma sir catches Shanaya listening to this fight and calls her to the house to question her.

10. Ramamurthy deduces that since Shanaya knows Maria, maybe she actually knows where Guru is.

11. Sahana later tells Chaya to imbibe some self-dignity into Shanaya who is technically staying at her boyfriend’s wife’s house.

12. Chaya, however, is in no mood to listen to Sahana and asks her to mind her own business.

13. Elsewhere, Shanaya decides to follow Subbi the next day in an attempt to know if she is making a plan to find Guru.

Will Shanaya’s efforts be fruitful? Who will find Guru first? Stay tuned for the next update to find out.

Vihan Gowda, Akshara Gowda And Sonal Monteiro Have Done A Great Job In Bring Out The Youth Essence In Panchatantra. Click Here To Watch The Film On The ZEE5 Platform

EXCLUSIVE: Care To Guess Who Is Coming Soon On The Sa Re Ga Ma Pa Li'l Champs 16 Show?