Shraddha Arya On Maduve Mane: It Was Indeed A Pleasure Working With Ganesh

This lovely actress not only enjoyed doing Maduve Mane but also learnt Kannada words like chennagiddeera? ( How are you?) and uta ayta? (Had lunch?). 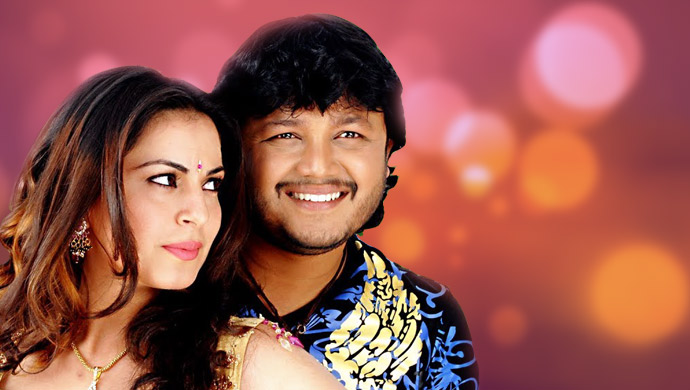 Directed by Sunil Kumar Singh, Maduve Mane is a love story added with a revenge twist. Released in 2011, the film’s lead cast includes the Golden Star Ganesh and the famous actress of ZeeTV’s Kundali Bhagya, Shraddha Arya. Yes, being a North-Indian never stopped the gorgeous lass from doing other projects apart from Hindi. Till date, the talented Shraddha has done Tamil, Kannada, Malayalam and Telugu films to say the least.

So how was her experience doing Maduve Mane? Time to get into the details. While she was shooting for the film, in an interview with a leading daily, Shraddha opened up about her experience by saying, “I play a traditional girl who is simple and chirpy. She talks less but expresses every emotion through her eyes. It is going to be definitely different from the roles I have essayed so far and it offers a tremendous scope for performance.”

About her co-star the Golden Star Ganesh, she only had praises to give. “It is indeed a pleasure working with Ganesh, who is such a dedicated artiste and a really down-to-earth person,” she said.

Despite being a North-Indian, this actress had no qualms about working in another film industry, instead, she said, “I don’t want to restrict myself to one industry. If an interesting script comes my way, I would be more than willing to grab it irrespective of the language. I never compare two film industries as each has its own way of filmmaking.”

In the interview, she was also asked about her familiarity with the Kannada language, and she genuinely impressed me. Her will to keep learning is what made me her fan. “Out of curiosity, I started asking the meaning of each Kannada word I heard. Now I can speak little greetings like chennagiddeera? ( how are you?) and uta ayta? (had lunch?). It is fun to learn languages and you become closer to people by speaking in their language,” the ravishing actress said.

Are you a fan of this actress? Let us know which part of the film did you love about her.

Ganesh’s Mugulu Nage has not one but four actresses paired against him, watch the film on ZEE5 now!

If You Loved Maduve Mane, There Is No Reason Why Aishwarya Arjun And Chandan Kumar's Prema Baraha Won't Impress You

Look What Paaru, Jodi Hakki And Naagini Actors Have To Say About Weekend With Ramesh