"I started wearing formals everywhere I went, be it at home or outside," the actor reveals how he prepped for his role in an EXCLUSIVE interview 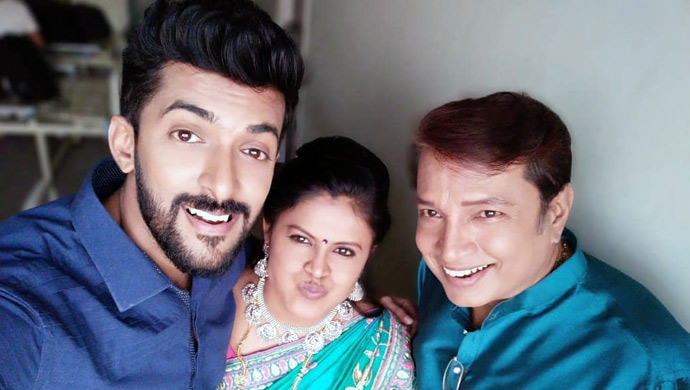 Sharath Padmanabh shot into the limelight, thanks to the character of Aditya which he essays in the hit show Paaru.  The actor, who plays the role of a rich businessman in the serial, is a simple person in real life. In a recent exclusive interview with us, the actor got talking about his personal life.

Here, Sharath shares his thoughts about being termed the  new hottie in town and the challenges that he faced while portraying the role of a business czar in Paaru.

When we asked him if he enjoys the praise that comes his way due to his appearance, he replied, “Personally, I don’t think that because I was good looking I became an actor. While it is true that a hero should have a face, but just good looks is not enough to be a hero. A lot of people tell me that I look handsome on screen. I even get messages about the same, so I politely say thank you as that is all I can do. While I don’t enjoy saying that because being handsome has nothing to do with me, all the credit goes to my parents, I would appreciate when fans comment more on my acting skills. That will really make me happy.”

The actor requested his fans to say something good about his talent rather than his looks.

Next, we went on to ask him if he faced any challenges for his role of Aditya on the show Paaru. The actor responded by saying, “Yes. So, the character of Aditya is basically a serious businessman. When I was asked to play this character, Dileep sir gave me a few tips because it was unlike the usual roles of either a college-going guy or a youngster, this role was slightly unrelatable to me. Generally, a young college guy or a middle-class man is relatable for me because it is more common, but this rich businessman role was challenging because I had less of knowledge about how men like these are at home, for example.”

The Paaru actor also spoke about the notion of a millionaire where such people have different etiquettes they follow at home and at work. He continued by saying, “Since I haven’t personally come across such people, it was difficult for me to imagine such a person. So, I took Dileep Sir’s advice and started wearing formals everywhere I went, be it at home or outside. The other thing I did was that I would ask myself that leaving Sharath aside, what would Aditya do in such a situation? I then converted that into a logical thing a businessman of such a status would do and I started playing my role.”

He gave the simple example of a traffic situation and would ask himself what Aditya would do in his situation. In a world where the common man would ideally honk his way until the road cleared, the Paaru actor had to calm himself and pretend to be like Aditya, for whom such situations are menial. At the end of the interview, he said, “These are a few things that may seem silly, but these small things matter for the big picture, of giving the role you are portraying justice. Since then I have always done this and even now continue to do the same, by imagining what Aditya would do in a particular situation. All-in-all, it has been a fantastic experience, and I would like to assure the fans, who have already showered us with so much love, that I will try my best to do even better.”

Aren’t you in love with Sharath already, for his simplicity and a damn good job at playing Arasane Koteya Akhilandeshwari’s Hiri maga, Aditya?

Give the actor a big shout-out in the box below if you are a big fan.

Kiccha Sudeep’s usual hero roles took a back seat when the superstar decided to play the role of an antagonist in The Villain. Stream it in HD here on ZEE5.

If You Love To Watch Movies With Your Family, Watch The Appu Sir Starrer Doddmane Hudga, Streaming On ZEE5