An encounter broke out between security forces and militants on the outskirts of Srinagar city. Search operations for two escaped militants are on. 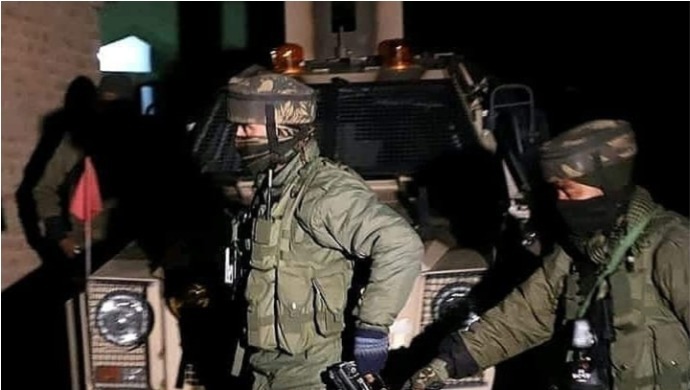 After receiving intelligence about two militants hiding in Nawakad, Srinagar, security forces immediately surrounded the area. An encounter started between the security forces and the militants. It is suspected that two militants with a store of guns and ammunition are still hiding in Nawakada. Continuous firing and bomb blasts were seen in the region. The militants were asked to surrender but they continued to fire. Internet, mobile, and telecom services have also been suspended temporarily for security reasons.

A search operation is in process and the security forces are leaving no stone unturned to capture the militants. The army had sealed the region at midnight to avoid any casualties. At 2am, the firing had stopped from both sides. Now, the security forces are carrying out a door-to-door search operation to discover the exact location of the militants.