Meet the contestants of Sa Re Ga Ma Pa Season 17, who swept the judges off their feet with their powerful voices. Details inside! 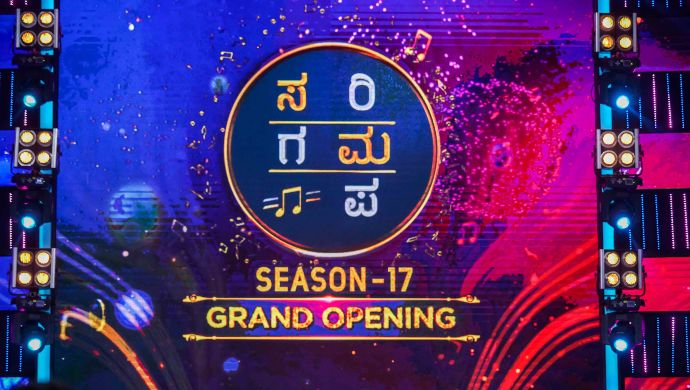 The popular singing show Sa Re Ga Ma Pa is back and how! Last year, Sa Re Ga Ma Pa Lil Champs Season 16, hosted by the beautiful Anushree, ended with a grand finale, after a frenetic 23 weeks of suspense, entertainment, and intense competition. While all contestants did a tremendous job, Omkar Pattar was declared as the winner, whereas Gurukiran Hegde, on the other hand, was the first runner up, and Sunad was the second runner-up. Season 17 is back with the same amount of energy. Here’s what we gathered from the opening show.

The very gorgeous Anushree, as always, was the life of the show.

The show opened with contestants as Anvith and Sunil, who were seen as participants in the previous season. They paid a tribute to Arjun Janya, who was also highly appreciated and congratulated by the Mahaguru, for having sung in over 100 movies.

Sunil, the winner of the previous season, performed for the judges and swept them off their feet yet again.

The first act witnessed an overwhelming performance by Neha, Parinika, and Gnyana, who sang the Nodamma Hudugi, an evergreen song from Premaloka. The judges, as well as the audience, could not help but sing along with these three superstars.

Another outstanding performance was by a multi-lingual singer Sanjith Hegde, who is also known as the ‘Mike Tyson’ of the show.

One power-packed performance you better not miss, is by this very talented group of five, which included Supriya Joshi, Chanappa, Sunil, Keerthan and Omkar. They sang Om Mahaprana Deepam, making it one hell of an experience.

Comedy Khiladigalu: Highlights From This Episode That Made Everyone’s Weekend