The first round of mega auditions was quite exciting, and Anushree kept the entertainment quotient intact! Watch out for #7, the special contestant! 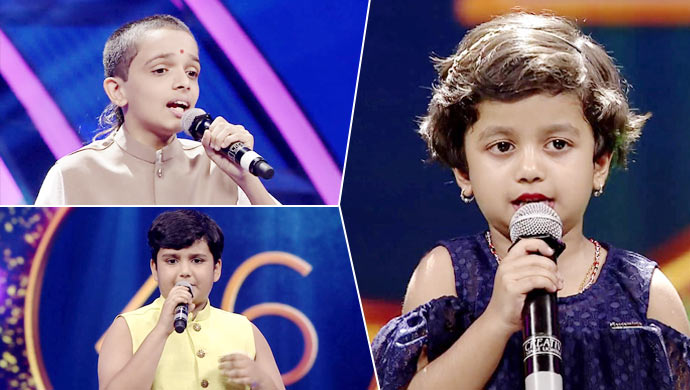 One of the most popular reality shows, Sa Re Ga Ma Pa Lil Champs Season 16, was started off splendidly by the famous hostess Anushree. This year there is an addition to the judges’ panel and you will be surprised about who it is. After labouriously visiting 30 places in Karnataka, 30 participants were shortlisted who will compete for a place in the Top 15. Now, coming back to the judges’ panel, the first round of the mega-audition didn’t see the famous Vijay Prakash because of reasons unknown. We will certainly pray that he returns soon. Furthermore, the addition to the panel that I was talking about is none other than actor and playback singer, Rajesh Krishnan!!

He, along with the music director Arjun Janya and the legend Nadabramha Hamsalekha have joined the panel for this season as well. Another interesting concept that this season will see is something called a ‘parents’ booth’. The judges will be blindfolded and have to select contestants based only on their voice! After their performance, however, the judges also have the chance to save their favourite puttanigalu, if they like their personality.

Excited? Let’s take a look at the selected participants after week 1, shall we?

Although there were 12 contestants who took part in the first round of the Mega auditions, five contestants were put on the waiting list. Their results will be announced after the second week of the auditions. Fingers crossed for these little champs as they will have to wait till the second round is over to know if they are in or out!!

Who is your favourite contestant until now? Give a big shoutout to these little champs in the space below to show your support.

The ZEE5 Original Series Table No 5 Is About Strangers Sitting On A Table And Unveiling Secrets. Don't Miss It.

The Plot Of The Popular Show Paaru Has Taken A Serious Turn. Will Paaru Be Alright?