Did you know that this was the director's daughter's first film in Kannada? Click here to get more deets on Prem Baraha. 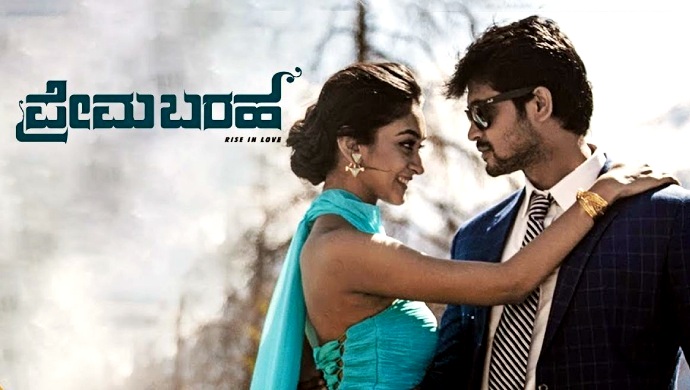 For those of you who are patriotic in nature, Prema Baraha will leave you emotional by the end. The film is about two journalists and their journey to cover the war at Kargil. Directed by Arjun Sarja, this film has all the moods for your watching pleasure. Starring Aishwarya Arjun as Madhu and Chandan Kumar as Sanjay. Now we all know that most of Arjun Sarja’s films cover the national pride aspect, and Prema Baraha is no different.

So why should you watch the movie? Here are five reasons that will convince you to do so right away.

Arjun Sarja cast his own daughter Aishwarya Arjun to play the lead role in this movie. Not to forget that this is also her debut into Sandalwood.

Shot in Switzerland, the director’s evergreen song Prema Baraha was recreated in this film. The romantic scenes between Chandan and Aishwarya are worth watching.

3. A special song by three of the Sarjas’ and the Challenging Star will fill you with josh

Jai Hanumantha was a power-packed song which included the director Arjun Sarja himself, Chiranjeevi Sarja and Dhruva Sarja along with the Challenging Star Darshan as special tribute to their fans.

4. The patriotic theme of the film

Although Prema Baraha is a love-story, most of it is about the war fought at Kargil. In many instances of the film, you will cry a tear or two after seeing how the soldiers literally put in their blood and sweat to give us a peace of mind while sleeping at night.

The sakkath chemistry between the leads of the movie, is what made it a hit. They never gave us a dull moment on-screen making it look like they were naturals. And Arjun Sarja’s daughter totally rocked her dialouges in Kannada, despite being a little nervous.

So without further ado, go watch the movie right away with your friends and family.

If you are a fan of the Challenging Star Darshan, watch his film Bul Bul, streaming on ZEE5.

The Villain Is A Good Way To Relax And De-Stress On Your Day Off! Kill The Boredom By Streaming It On ZEE5

EXCLUSIVE: Naagini Actress Deepika Das Has A Major Crush On This Bollywood Celebrity