Reasons Why Gautham Of Gattimela Is A Complete Psychopath Yet Charming!

Poor Sharada, his current wife, who until recently thought of her husband as God. Little does she know the crimes Gautham have committed? 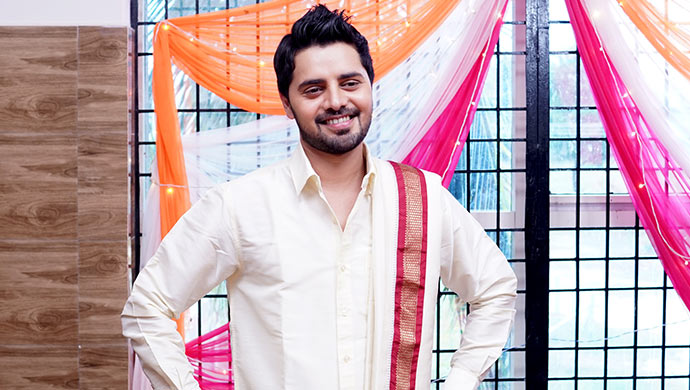 Entertaining more and more fans every day is the top show of Zee Kannada at the moment, Gattimela. With sakkath romantic scenes between Aarthi-Vicky and Amulya-Vedanth, plus the jaw-dropping twists every now and then, the show has everyone hooked. From the first power-packed episode until now, the interesting story has got so many of you gripped, hasn’t it? While the hero-heroine are the show stoppers, of course, the antagonists too must have caught your attention by now. With time, we now have not one not two but three villains on the show; Sarika, Gautham and Suhasini.

Speaking about villains, today we would like to look at the atrocities committed by one particular person; Gautham. See, Sarika and Suhasini are from good families, so it is okay because they wouldn’t harm their loved ones. This makes Gautham the only shady character around, who appeared out of nowhere and won everyone’s heart. Everyone except Vedanth.

So let’s start from the beginning. A middle-class girl named Amulya Manjunath and a super-rich and established businessman Vedanth Vashishta cross paths in their siblings’ wedding and since then their life takes a 180-degree flip. Soon, Amulya’s older sister Aarthi and Vedanth’s younger brother Vikranth fall madly in love. Enter, villain No. 1 Sarika, Amulya’s cousin who is obsessed with Vikranth. She tries her best to let Vicky know how she feels about him. Unfortunately for her, he just isn’t interested.

Shortly afterwards, a man named Gautham enters Amulya’s life in the form of help. She needs to get to this interview and he helps her get there. It is then revealed that he is the guy that Manjunath has selected for Aarthi. However, until now Amulya didn’t know about Aarthi and Vicky. But she and Vedanth get to know about Aarthi and Vicky at the same time and decide to tell Gautham to call off the proposal. He initially behaves like he is all good with their love story and is all in support of them. When Sarika messes with his brain for a while, however, he is convinced that he wants to have Aarthi all to himself. Till now, you also must have thought he is the good guy right? Me too. But guess what, it was all a plan.

Anyways, coming back to the story, Gautham then turns villain and first tries to separate Aarthi and Vicky by creating misunderstandings between them. The first sign of being a psychopath. Hey! If you know that two people like each other, you back off, as simple as that. When that doesn’t work, he then pretends to be the innocent one and distracts Aarthi and Vicky towards Vedanth, who by now knows Gautham’s true nature. One day, as Amulya and Vedanth (who can’t stand each other but get together only for their siblings), are on their way to the office, the latter spots Gautham with another lady, sitting intimately close behind him.

Imagine Vedanth’s horror when he finds out that Gautham is already married! The second sign of a psychopathic person and you know why. Upon confrontation, Gautham openly reveals to Vedanth that he intends to marry Aarthi regardless of his wife, Sharada. Since he isn’t agreeing, Vedanth tries to find out if Sharada knows about her husband. After many failed attempts, Vedanth thinks about other ways to get Gautham caught red-handed. Every single time, however, Gautham stay one step ahead of Vedanth. The next shocker comes when Gautham, informs Sarika of his real profession. He tells her that he is an expert in cheating women into marrying him and then selling them! The third and most sure-shot sign of a psychopath.

He decides to do the same to Sharada and even runs away with all her jewellery. Fast forward to Aarthi and his wedding. Instead of helping Vicky and Aarthi, Mr Gautham now plans to wed her and sell her too if need be. Not only this, but he also wants to get Vicky arrested so that he gets a bad name in front of Aarthi’s family.

Phew! What a story right? Anyways, the only advice we have is that all this looks great onscreen, but please don’t try all this at home!

Give a shout out to your favourite villain from the show, in the space given below.

Since we are on the subject of villains, watch the hit film The Villain starring Kiccha Sudeep and Shivarajkumar, now streaming on ZEE5.

A Big Thanks To ZEE5 Research Team: Ramesh Aravind On The Making Of Weekend With Ramesh