Rangbaaz Review: Saqib Saleem Was An Excellent Fit For The Character Of Shiv Prasad Shukla

The ZEE5 Original Series Rangbaaz gives us an insight into the life of the dreaded gangster Shiv Prakash Shukla and how he met his fateful end! 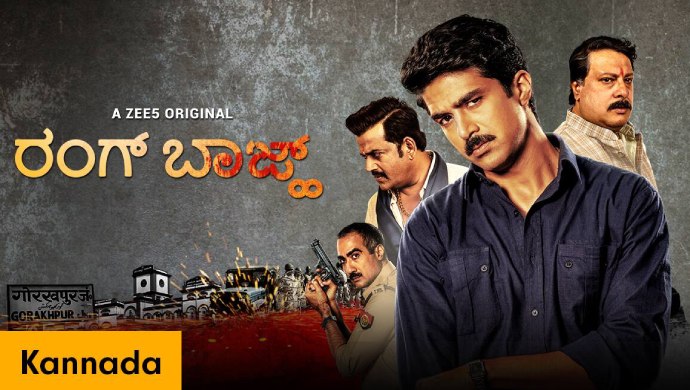 To an extent, the ZEE5 Originals Series Rangbaaz is an adaption of the untold story of a deadly gangster, who was killed in the late 90s, in Gorakhpur, Uttar Pradesh. Director Bhav Dhulia has carefully crafted each character in this nine-episode series. But wait, that’s not all. Rangbaaz also looks at the life before Shri Prakash Shukla (named changed to Shiv Prakash Shukla in the series) took the path of crime and destruction. Starring in the lead as the gangster himself is Saqib Saleem, and yes you will see him in a completely new avatar this time. Since the story is based on true events, let’s begin from the beginning from when it all started.

In the first episode itself, you will see two parallel stories. One, Shiv’s current situation where the police are after him and one of his life’s flashback. It so happened that in the early 90s, a man allegedly misbehaved with his younger sister Shweta. What Shiv thought would be a scuffle turns out to be a murder, where he is the one with the gun. Parallelly, in the present day, Shiv’s love interest, who seems to know about his other life, patiently keeps waiting for his calls. An interesting that you will see in the series is how mobile phones were the talk of the town then!

The show slowly moves onto to what follows after Shiv’s first murder. There is another important character on the show called Siddharth Pandey, portrayed by the talented actor Ranvir Shorey. He plays a cop, who is desperate to get his hands on Shiv Prakash Shukla and takes extreme steps to get closer to him. One such method he suggested was ‘tapping’ into his ‘mobile phone’, which was a big technological step at that time.

As the episodes progress, his story comes to light, from his first murder till his last. You will also get to see Saqib Saleem in a more serious but romantic role in the series. Apart from this the prominent actor Ranvir Shorey was roped in to play the inspector who ends the reign of the criminal mastermind Shiv Prakash Shukla, in an encounter later. But the important thing to keep in mind in his journey from start to finish. Other notable performances were given by notable actors Ravi Kishan and Tigmanshu Dhulia.

Any more information and I would just as well tell you the whole story. So, don’t forget to watch the show and give us your opinion in the comments space below.

Watch The ZEE5 Original Series Karenjit Kaur: The Untold Story Of Sunny Leone If You Like Biopics

ZEE5 Unveils A Power-Packed Calendar For 2020

Presenting To You The Girl Who Rules My World: KGF Actor Rocking Star Yash On Baby YR

Director Nandakumar On Husi Nagu: I Wanted It To Be Entertaining And Politically Correct