Since his debut in the 2010 film Nam Areal Ond Dina, Rakshit Shetty has made to the big league in a short span. Take a look at his award-winning films 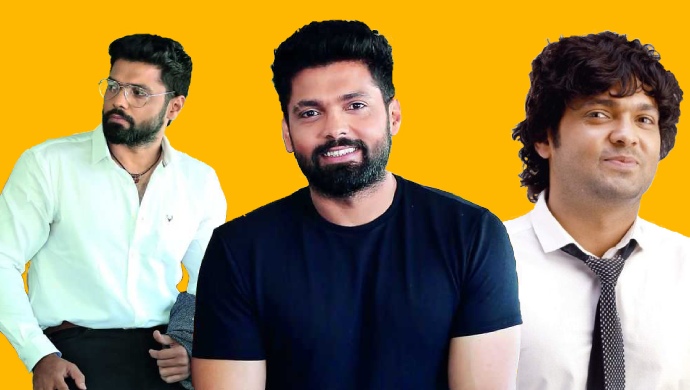 Rakshit Shetty, also known by his fans and the industry as the Simple Star of Sandalwood, was born in Udupi, Karnataka, on 6th June 1983. While he was initially enrolled in an engineering course, after his graduation, he realised two years later that the field is not his calling and decided to pursue acting instead. He made his debut with the film Nam Areal Ond Dina in 2010. The birthday boy also ventured into production, screenwriting and direction soon afterwards. His talents would later go on to fetch him prestigious awards like the Filmfare Award South for the Best Director (Ulidavaru Kandanthe in 2015), the IIFA Utsavam Award for the Best Film, Performance In A Leading Role-Male and Best Lyrics (Kirik Party in 2017), the Filmfare Award South (Critics Award) for the Best Actor (Kirik Party in 2017) and finally the SIIMA Award for the Best Film, Entertainer of the Year (Kirik Party in 2017).

Today on his birthday, we will look at some of the best films that featured the Simple Star, that you must watch without fail.

After this film, Rakshit Shetty started being called the Simple Star. The 2013 film not only gave recognition to the birthday boy for his immense contribution but paved the way for better films that helped make his career. The story portrays him as a Radio Jockey’s sister who is trying to set him up with the sister of her boyfriend. A major twist awaits just as the film gets interesting when Kushal (Rakshit Shetty) learns that the woman who fell in love with is not his sister’s acquaintance at all. A brilliant romantic-comedy tale if you ask me.

Like Mufti, this too is a neo-noir crime drama (Neo-Noir films are mainly seen in Hollywood and don’t have any extra footage as fillers) written, starring and directed by the Simple Star. This film was sent to the Cannes Film Festival and received positive feedback. Apart from this, Ulidavaru Kandanthe also won the Karnataka State Film Awards for Best Debutant Director and Best Music Director (B. Ajaneesh Lokanath). The film is about a journalist named Richard Anthony (Rakshit Shetty) who learns of a high-profile murder case and sets out to a place called. There he interviews five witnesses and slowly uncovers the truth.

An excellent example of a crime-thriller is the 2016 film, Ricky. Starring Rakshit Shetty and Haripriya in the lead roles, the film focuses on the life of Ricky and Radha, who are childhood friends. After they are engaged, Ricky leaves for a year for some important work but when he returns, Radha’s life is a mess and she gets mixed up with Naxalites. How he brings her out of it followed by an emotional climax makes up the rest of the story. Directed by Rakshit’s good friend Rishab Shetty, the film will keep you on your toes till the end.

Another award-winning film, for the Simple Star, was Godhi Banna Sadharana Mykattu, directed by Hemanth Rao in 2016. For his work in this film, Rakshit won the KAFTA Award for the Best Lyrics (Naa Ee Sanjege) and the IIFA Utsavam Award for the Best Performance in a Supporting Role – Male. The film is about an old man Venkob Rao (Ananth Nag) who is suffering from a case of Alzheimer’s disease and forgets his way home one day.

A super fulfilling venture with the director Rishab Shetty won the birthday boy over 6 awards for his role as Karna in this mega-hit film Kirik Party (2016). This the second collaboration of the actor with the director who is also Rakshit’s good friend. Kirik Party focuses on Karna’s life as an engineering student, who falls in love with a woman, who is his senior. How he transforms himself a fateful event forms the crux of the story. A must-watch movie for the Kannadathi youth.

Which of the Simple Star films is your favourite? Send in your choices and a special message for Rakshit Shetty in the space given below.

Watch your favourite Kannada movies, in HD on the ZEE5 Platform.

Gattimela 6 June 2019 Preview: Vedanth Fails In Convincing Vicky That Gautham Is A Fraud