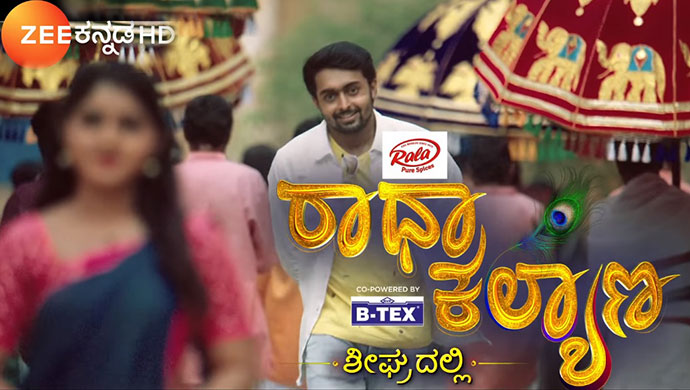 Slated to release very soon on Zee Kannada is the upcoming show Radha Kalyana. It focuses on a girl named Radha (played by Radhika), who is a very simple and calm-natured girl and hails from a middle-class family. On the other hand, it also looks at Shri Krishna (played by Amith), who is the heir to his family wealth and of course is the spoilt brat too. Surprisingly his younger brother Anand is his complete opposite and is a mamma’s boy. More details on that below.

For now, you must first watch the second promo that gives a bit of an insight into Shri Krishna’s life and family.

We would now like to give you a character profile on Shri Krishna’s grandmother Aparna Devi, played by actress Lakshmi and his mother Kaushalya, played by the Vidya Vinayaka actress Spandana.

Aparna Devi: She is the head of the family and owns all the riches in the world. A lady with pride, Shri Krishna’s grandmother Aparna Devi is a modern woman with an apt lifestyle including her dressing sense despite being in her late 60s. For her, Shri Krishna is her world and she’ll do anything to see to it that he is happy. Along with pride, her attitude favours the Upper-class as well.

Kaushalya: The stark opposite of his grandmother is Shri Krishna’s mother, Kaushalya. A positive person by nature, Kaushalya likes all the simplicities of life and is a responsible woman. Despite losing her leg in an accident, she is full of hope, right values and beliefs. Not to forget, she respects everyone around her. Kaushalya’s beliefs in God is what keeps her going.

You must have noticed in the video that Kaushalya starts liking Radha the minute she meets her. This makes her decide that someone like Radha should marry her older son to bring him back on track.

But how will that happen? Stay tuned to Zee Kannada because Radha Kalyana will soon be available on your entertainment platform in July.

Watch Natasaarvabhowma on your ZEE5 now.

The Latest Episodes Of Your Favourite Show Paaru Are Available In For Free And In HD On The ZEE5 Platform. Click Here To Watch It Now

Mahadevi Completes 1000 Episodes And Zee Kannada Kutumba Has Made A Hilarious Video! Watch