On tonight's episode, Nisha makes Krishna get extremely high on sedatives and does something SHOCKING. This makes Krishna want to beat Radha! 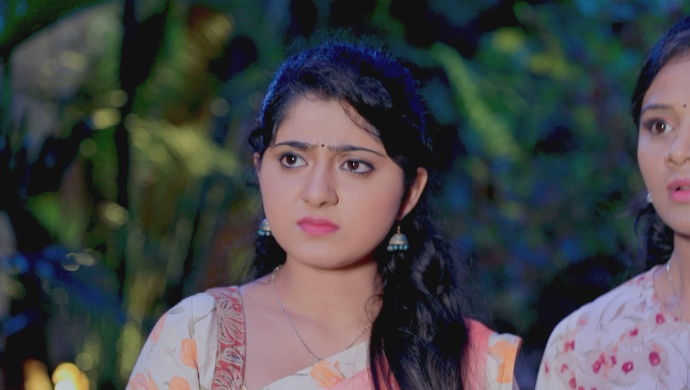 In the previous episode of Radha Kalyana, as fate would have it, Radha is made to help Krishna complete the pooja. Somehow, she makes an escape from the Gokula house shortly after but not before being re-invited by Kaushalya to keep visiting often. Elsewhere, while Nakshatra is trying to break off Krishna’s fast, Nisha calls him and informs him that she has a special surprise planned. However, her only plan is to get back at Kaushalya for insulting her. As fate would have it, Radha and Nandini end up in the same resort that Nisha is making Krishna high (by using sedatives) in.

On tonight’s episode, as Radha and Nandini are getting a selfie clicked by the pool, an extremely sedated Krish dashed into her by mistake. Since Nisha doesn’t know who the girls are, she apologises to them and informs that he is very drunk. Nandini asks her to ignore him while Nisha takes him to a room. Krishna, who doesn’t know where he is at the moment, praises Nisha for never saying no to him and asks her for another drink. As she is preparing the drink, she tells Krishna in a soliloquy about how she plans to trick him into marrying her and then entering Kaushalya’s house as his wife. All this for insulting her for taking just eleven lakh rupees.

She then takes a thaali a convinces Krish that it is a friendship band and tries to make him tie it on her neck. Unable to think clearly, Krishna gets impatient and throws the thaali away. To ensure that she gets the thaali tied from him, she herself ties the three knots on it and then puts it around her neck. Somehow with much effort, Nisha then asks him to get a selfie clicked with him and is successful. While Krish goes to get more drinks, Nisha expresses happiness that whatever she wanted has happened and now she will be the daughter-in-law of the Gokula mansion. Elsewhere, Radha and Nandini go to collect their payments and are thrilled with the response they receive.

As they are headed out of the location, Radha spots Krishna making a huge ruckus and goes to advise Nisha about the kind of husband she has married. Listening to the word ‘husband’ again and again, Krishna gets upset and looks at Radha. However, when he remembers that Radha is the one who slapped him, he gets aggressive towards her causing Nandini to take her friend away before something was to go wrong. At Anand’s office, Likitha goes to the reception and confidently tells the receptionist that she is her boss’s soon-to-be wife. Surprised, the receptionist calls Anand and tells him the same. Assuming that she is someone his mother sent, Anand allows the girl to come to his cabin. However, when he sees her he realises who she is and tries to run away.

However, she stops him from leaving and informs him that she has started liking him. Anand surprisingly reacts in a positive manner with Likitha’s forward approach. Suddenly, Likitha finds Kanthamma holding her hand and waking her up. She is about to explain her dream to Kanthamma when Vajramuni calls up. She then gives him a way to ensure that Radha will talk to him on the phone and then hangs up to listen to Likitha’s story. Kanthamma gets upset with Radha, Prasad and Tulasi for accepting to clear the don’s loan. Elsewhere, when Kaushalya is choosing some jewellery for her daughter-in-law, Nisha comes there and confidently takes a necklace and wears it.

What will Kaushalya do now? Will Vajramuni get Radha as he is planning? Stay tuned for Monday’s episode to find out.

Watch your favourite Kannada TV shows, only on the ZEE5 platform.

Watch Raambo 2 If You Like A Film To Have All Emotions Like Comedy, Thriller, Romance And Sadness In One Place. To Watch Click Here On ZEE5

Gattimela 5 August 2019 Preview: Parimala Does The Unthinkable For Her Daughters