The Oru Adaar Love actress Priya, who won the hearts of millions with her ‘wink’, recently met with debutant director Raghu Kovi, for a film prospect! 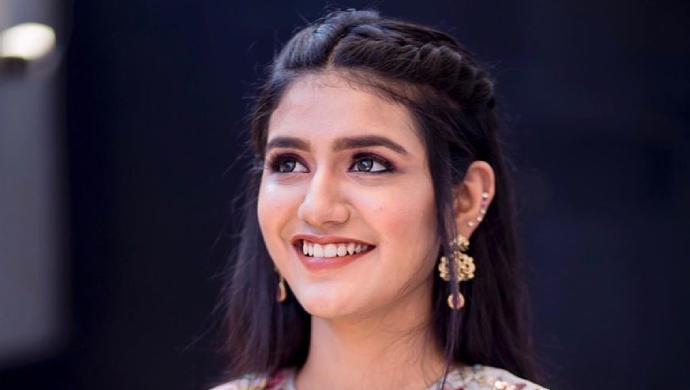 Priya Prakash Varrier, a Malayalam actress, prominent for her role in the film Oru Adaar Love, gained fame almost instantly once the small clip of her winking at her schoolmate went viral on the internet. Since then, many directors are trying to get the 19-year-old actress to sign films not only for Malayalam but other languages as well. Amongst these speculations, Sandalwood directors too see to want the ‘wink girl’ make her debut in Kannada. So far, debutant director Raghu Kovi, who previously co-directed movies with filmmakers like Prem and Shashank, has decided to venture out independently this time.

According to reports from various sources, Raghu met with the Oru Adaar Love actress at her home in Thrissur recently to explain the story and Priya seemed interested. She is yet to sign up for the project so let’s keep our fingers crossed and expect great things for Sandalwood from this actress. Who knows we can call her the ‘Wink Queen’ of Sandalwood really soon! Other great things about this film that should most likely to go on floors by August are, Music Director Arjun Janya, who has been roped in to entertain us yet again with his outstanding talent and the confirmation of Satya Hegde as the cinematographer.

Producers BS Sudhindra and E Shivaprakash have signed Raghu Kovi for not one but two independent films, first of which will star Priya Varrier. As for the lead hero of the film, that decision is yet to be taken by the makers, who are in doubt whether to get another newbie or to cast someone experienced and popular. This Priya Varrier film is said to be an impactful love story, so get ready for some more wink moments!

Who else is excited to see Priya Varrier in Sandalwood? Share your thoughts in the space given below.

Radha Kalyana is a love story set to air soon on Zee Kannada. Check out the trailer right here on ZEE5.

Catch All The Episodes Of The ZEE5 Original Series Karenjit Kaur: The Untold Story Of Sunny Leone By Click Right Here