Premier Padmini Movie Review: Jaggesh-Pramod-Vivek Prove To Be The Stars Of The Film 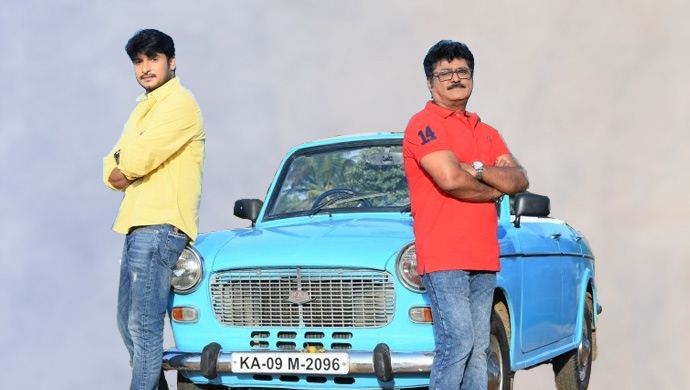 If Premier Padmini had to be summarised in a word, it would be ‘flawless’. Director Ramesh Indira along with TV producer Shruti Naidu have paved the way for a new kind of a film — one which is relatable, has no glam quotient yet appeals to the masses solely on the basis of the content. Premier Padmini is truly a must-watch film because of how well it has been put together.

The movie kick-starts by showcasing the lives of Vinayak (played by Jaggesh), the protagonist, his soon-to-be ex-wife Shruti (played by Madhoo Shah) and Spandana (played by Sudharani), who is his neighbour. At first, you might feel that the story is already dead and done, but hold on! Enter Sumukh (played by Vivek Simha), one of the most important characters in the film.

He plays the role of Vinayak and Shruti’s son, who is happy in his own world. Soon, a woman named Ranjini comes into Sumukh’s life and they become friends really soon. She is followed by another character, Nanjundi (played by Pramod), a driver whom Vinayak hires for his vintage Premier Padmini as he doesn’t wants to travel in cabs anymore.

The best part is that you will never get bored while watching Premier Padmini because of the wonderful range of emotions that the film showcases. The characters and the plot strike a chord with you instantly. For instance, Vinayak is a desolate middle-class-man, who is living alone and in the middle of a divorce. Or for that matter, Sumukh and Ranjini (played by Hitha Chandrasekhar) who meet in a pub and become friends over a cigarette later.

The director-producer combination of Shruti and Ramesh have ensured that there’s no profanity in the movie. If anything this well-balanced flick will leave you wanting for more, given the fact that its run time is just under two hours.

As you move along in the film, watch out for a shocking turn of events that will leave you emotional and grabbing for your tissue box. But as they say, the good, the bad and the ugly are all part of our baggage called life. Premier Padmini gives us a beautiful message that in order move on in life, one must let go of the past.

After the shocking turn of events, Vinayak and his driver Nanjundi take a trip to the latter’s village in Karnataka and that’s when the former learns that we tend to think our problems are so huge when others have suffered worse. His adamant mentality to keep things in his grip changes in an instant and Vinayak becomes a completely changed man towards the end of the film.

Apart from the director and producer, music mantrika Arjun Janya has composed four amazing tracks for this film along with the background music. Seeing that the film had a lesser run time the four songs; Namdu Premier Padmini, Naa Huduko Naale, Payanava, Yaaru Illada Mane seemed apt for the romance-drama.

Verdict: Premier Padmini is a heart-warming film that imparts more than one important life lesson. It’s an absolute MUST-WATCH!

Gandaka To Appi Tappi: 7 Songs From The Film Rajaratha You Need To Hear Right…

Are You Dating Someone Like Manu From Saheba? Take This Quiz To Find Out

Bookmark Seetharama Kalyana For This Weekend To Go On A Romantic Journey Of Arya And Geetha Aka Nikhil Kumaraswamy And Rachita Ram, Only On ZEE5

Dasara Special: 10 Traditional Outfits You Can Wear Inspired By Your Favourite Actresses