Yukthi Naidu is a hopeless animal lover, and we can learn a thing or two from her. 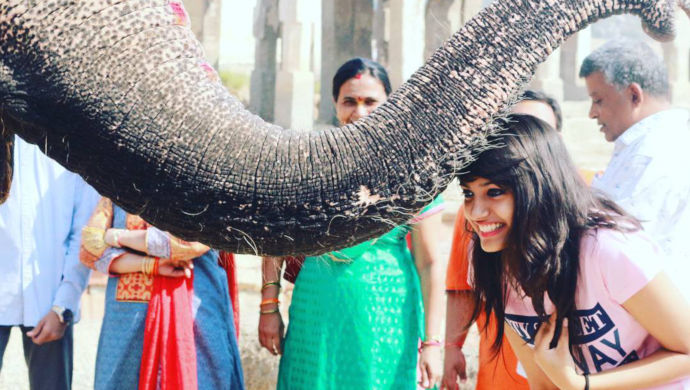 Also known as Pranathi of Zee Kannada’s Bramhagantu, Yukthi Naidu is a hopeless animal lover. It goes without saying that animals are amazing creatures and are capable of giving us the best lessons on love and care. Despite being the most evolved creatures of the planet, the negativity we humans spread affects the environment altogether.

In any case, you must know that not all humans believe in torturing poor animals. A majority of people who think that animals should be treated with love are taking efforts to preserve our beloved fauna. If you still have doubts, these five amazing reasons will change your mind.

1. They were here before us

We hope you all know that animals came to the Earth much before us. Hence, on humanitarian grounds showing some respect would be a start.

The first and foremost thing to keep in mind is that they can’t speak and interpret things like us. Although they have brains, their’s hasn’t evolved as much as ours. Therefore, we should be kinder towards them.

3. They too have feelings

When humans abuse animals, don’t think for a second that they can’t feel it. They can experience every bit of torture they are subjected to. The only difference between them and us is that they can’t express their pain the way we can.

4. Kindness is always the pretext to positivity and hope

If we show kindness to them, they will reciprocate tenfold. Of course, we must be careful when interacting with wild animals. Just like how we have a reflex mechanism built in, their mechanism is the defence of their territory. All other creatures that can interact freely with us shouldn’t be held in captivity. It’s just disgraceful on our part.

5. We have higher intellectual capacities

Understand that without animals we are nothing. Mother nature has worked her magic in such a way that we have to simply learn to co-exist. Given that our intellectual prowess is more than them, we have to give them the benefit of doubt and let them be. As the basic saying goes Live and let live.

It wouldn’t hurt a single bone in your body to be kind to animals the next time you see them, but it will make a world of difference for them. Even if you are a passer-by and see injustice towards an animal, report it to the authorities immediately.

Watch all episodes of Bramhagantu on ZEE5.