Akhilandeshwari and Raghu visit Parmeshwara's house. When the latter sees them, he loses his temper and asks them to leave immediately 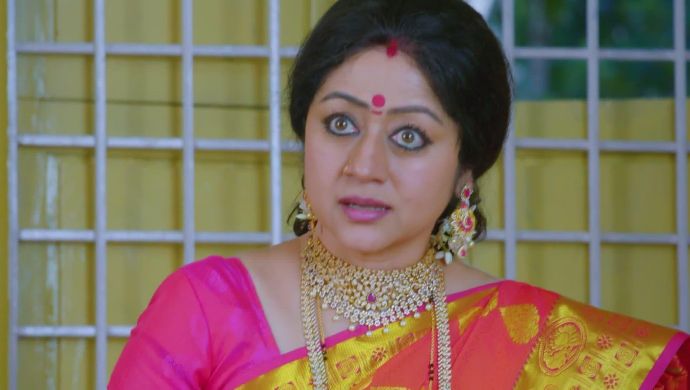 In the earlier episode of Paaru, Preethu is wrongly accused of stealing the crops to make more money. Infuriated with his behaviour, Parmeshawara tells him he will be punished for what he has done. He also says that if he wanted money then he could have just asked him instead of taking the wrong path.

Last week, Preethu and Janani share a romantic moment. He tells her that he can spend his whole life staring at her and notices every feature of her.

Meanwhile, Paaru makes Adi climb up a jackfruit tree. He struggles to reach a branch, so Paaru mocks at him and says that people climb the Himalayan mountains, but he can’t even do such a simple task.

She giggles at him struggling but tells him he must steal a jackfruit quickly before anyone sees them. The two get a jackfruit.

Later, Preethu and Janani are walking back home hand in hand. A bunch of men come from behind Janani intending to hit him on the head. However, Adi comes to his rescue and puts up a fight with the men.

It is revealed that the men who wanted to cause harm are the enemies of Parmeshwara. He thanks Adi for putting his life at risk for his family members and expresses his gratitude.

Akhilandeshwari arrives at Parmeshwara’s house to visit her children. She also thanks Paaru for doing so much for their family. Paaru says that she is fortunate enough to serve her family is like her own.

Just as the family is about to eat their meal, Parmeshwara enters the house. It infuriates him to see Akhilandeshwari and Raghu. It is also established that the two are familiar with each other when he says that they betrayed his family once before and must not stay in that house after everything that has happened in the past.