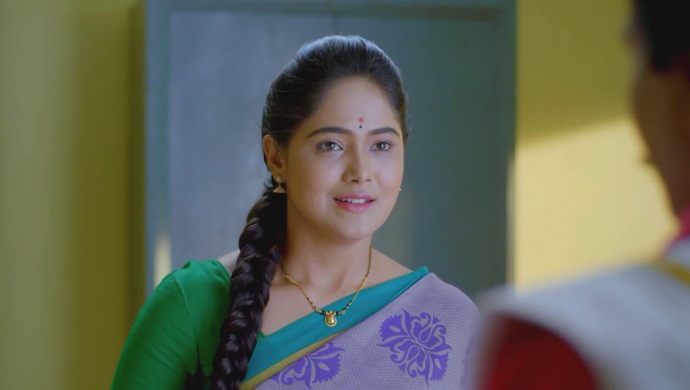 Last week in Paaru, Parmeshwara’s father apologises for being rude and talking about the past. It is established that the two families are related in some way but the same is not revealed. He also tells Raghu and Akhilandeshwari that they must all move forward and forget about incidents that have occurred earlier.

Parmeshwara sees Adi and Paaru being friendly and warm towards his family. He tells them that they are very loving towards their family and also blesses both of them to have children soon.

Preethu and Janani have a romantic moment while hiding from everyone. They’re both drinking tea and planning about their future together. The two want to get married soon.

Raghu and Akhila are still staying in the village. One of the villagers who visited the temple gives him the prasada from the temple. He also tells him a way in which he can get close to Parmeshwara.

Paaru and Adi tell each other that Akhila and Parmeshwara are very similar. Ajja overhears them and asks them which Akhila they are talking about. They, somehow, make an excuse telling them that they were talking about another Akhila.

Parmeshwara tells his father that he is taking a step towards helping the village and is willing to sell whatever property he has in order to help the farmers. His father objects this idea.

After finally getting into that house, Daamini discovers that Adi and Paaru are pretending to be married but is clueless as to why he is acting that way.