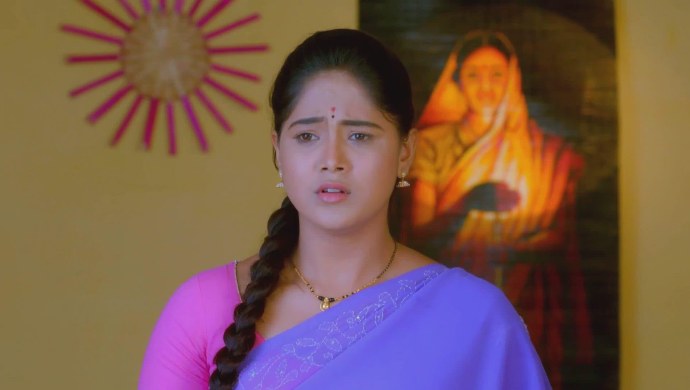 Last week in Paaru, Preethu and Janani share a romantic moment. He tells her that he can spend his whole life staring at her and notices every feature of her. Later, Paaru makes Adi climb up a jackfruit tree to steal a fruit. Akhilandeshwari arrives at Parmeshwara’s house to visit her children and is confronted by the latter.

In this episode, Parmeshwara’s father apologises for being rude and talking about the past. It is established that the two families are related in some way but the same is not revealed. He also tells Raghu and Akhilandeshwari that they must all move forward and forget about incidents that have occurred earlier.

Parmeshwara says that there is no need to apologise to them, considering all the wrong they have done to the family.

While Adi and Preethu are standing beside him, he uses them as an example and maintains that they have all the qualities that Akhilandeshwari and Raghu lack and the two boys make him and his family proud.

Preethu and Adi decide to leave Parmeshwara’s house. Janani pleads to Preethu, asking him not to leave her. However, he does so anyway.

Meanwhile, Paaru and Adi are trying to comprehend the situation wherein they ask themselves about how the two families can be related. They talk to Akhilandeshwari who tells them to stay back and work towards to getting Preethu married to Janani.

Janani tries to commit suicide. Just as she is about to do so, Preethu rushes to her and tells her that Akhilandeshwari has approved of their love.

Adi and Paaru share a romantic moment. While they still haven’t confessed their love for one another, they both indirectly do so.