Paaru Weekly Recap Of 3-9 July 2019: Aditya To Find Out The Truth About The Logo Eyes?

Last week, Daamini blames the whole wedding of Harish and Uma on Parvathi. Also, Harish tries to tells something to Aditya about Parvathi! What is it? 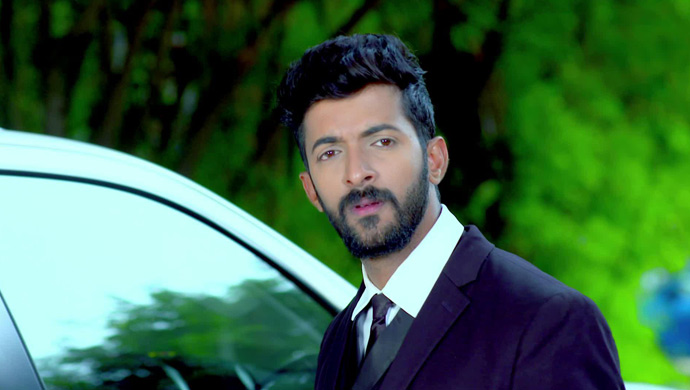 Previously on Paaru, Harish disappears from the wedding venue with Parvathi when he finds out the truth that her eyes are on Aditya’s company logo. However, for Paaru and her family, it is a big insult in the community. The embarrassment is so much that Hanumantha tries to give his life. Soon, Damini brings the topic of the dummy-wedding and shocks everyone. Despite having proof of her phone, Akhila isn’t able to see the video and gets furious about Harish’s sudden disappearance.

Finally, when she brings out her gun and warns everyone to find her Harish right now, Daamini plays her trump and gets Uma married to Harish. She then presents them to Akhila and begs for forgiveness.

1. Akhila screams at Harish for betraying her trust and mother’s love

2. Daamini blames the wedding on Parvathi and asks everyone to ask her why Uma and Harish got married

3. Preethu, Raghu and Aditya try to stop Daamini but in vain

4. Aditya finds Ganesh crying inconsolably and probes into the matter

5. When he learns that Hanumanta is forcibly trying to get Parvathi married, Aditya is shocked

6. Daamini, who watching this from a distance is thrilled to learn that the groom is 45 years-old

7. Aditya promises to interfere and takes Gani to his house

8. Daamini goes and instigates Akhila that Hanumantha is planning Paaru married to someone on his own

9. Akhila scolds her badly and asks her to get out when Daamini suggests getting Aditya married sooner

10. Aditya goes to Paaru to try and explain to her that she doesn’t have to sacrifice herself for her father’s anger

11. That night, Hanumantha almost fixes the wedding of Paaru and that man

12. However, while giving Parvathi a token of acceptance, the lady finds the thaali in Parvathi’s neck

13. Meanwhile, Aditya goes to the temple to ask for Parvathi’s happiness

14. While Savithri is happy that her wedding to the man is broken off, Hanumanta demands an explanation from his daughter

15. Harish tries to talk to Aditya about the logo eyes and finally gets the latter’s attention after her mentions Parvathi’s name

Will Hanumantha forgive Parvathi? What will happen to the thaali? Stay tuned to the next update to find out.

Watch the latest episodes of the Zee Kannada show Gattimela, if you are a fan, streaming for free on ZEE5.

The Sandalwood All-Time Heroes Round Was A Hit Last Weekend On SRGMP Season 16. If You Don't Want To Miss All The Fun The Puttanigalus Had, Click Here To Watch The Episode On ZEE5 Now

Monday Motivation With Ramesh: How Often Do You Use Mobile-Time For Self-Improvement?