Last week on Paaru, despite Anushka's many attempts to shut down Aditya Herbal Products, Akhila has a different plan altogether while Paaru is happy! 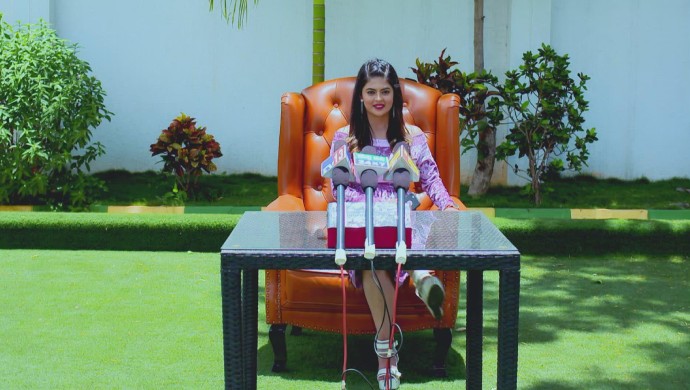 Previously on Paaru, with many attempts to make the character of Kindara Jogi a success, Anushka reveals the truth to Akhila just before the Ganesha pooja. Disheartened that Akhila won’t come to do the Visarjan, while Aditya and the others ask Parvathi to finish the pooja, Anushka (who has made a plan to electrocute Paaru by connecting a live wire to the aarthi plate) waits impatiently for her to pick up the aarthi plate. To her bad luck, Akhila arrives there just in time and informs everyone that she doesn’t want to insult God, so she will do this pooja only for him.

Gani, who by this time notices the live wires, saves a mishap from occurring and pushes Akhila away from the plate. Paaru is soon shocked to see Gani getting electrocuted by touching the plate and warns everyone to beware if they come after her family again. Next day, Aditya apologises to everyone including Parvathi for fooling them as Kindara Jogi. Meanwhile, Anushka brainwashes Akhila to shut down Aditya Herbal Products on the account that it has brought nothing but pain and hurt to the family.

Let’s see what happened next…

1. Anushka finds Paaru walking back home and offers her a ride home

2. Upon finding out that she had gone to meet Aditya, Anushka makes a plan to teach Paaru a lesson

3. She makes a goon terrorise Paaru owing to the fact that she is a ‘beautiful’ brand ambassador and shouldn’t be in such a position if she doesn’t like to befriend people

4. After he splashes ink on her face, Parvathi goes into a state of shock

5. Anushka brings Parvathi back home and pretends to be innocent while telling Akhila that a village girl like Paaru isn’t used to all this attention

6. Akhila consults with Paaru about leaving the position of the brand ambassador and rejoining her household work which causes the former to be filled with joy

7. The next day, a press meet is held and Paaru speaks to the press stating that she is happy to be quitting the post

8. A journalist secretly captures Anushka’s happy footage throughout the press meet as Paaru leaves after the announcement

9. However, when Aditya finds out what just happened he is taken aback and watches the news in disbelief

10. He rushes home and tries to call Akhila’s phone which is Jaya’s hand but the call is ignored

11. Elsewhere, the journalist follows Anushka and secretly records a video of her confessing to everything she did behind what happened at the press meet

12. Soon, just as Adi reaches home, he hears Akhila making the announcement that Anushka will be the brand ambassador of the company henceforth

13. He marches to Paaru and demands an explanation for what she did

14. Upon seeing his hand bleeding (due to the glass table that Aditya shattered with his hand in anger earlier), Paaru gets worried and probes into what happened

15. Angered, when Aditya questions her about quitting his company, Paaru doesn’t give him a straight answer

16. Aditya promises Paaru that no one else can take her place and goes to talk to Akhila

17. Akhila, who is in no mood to talk to Aditya, announces to Raghu that she doesn’t have to take permission from anyone to make any decisions

18. The journalist calls Anushka to inform her that he has some proof against her and he will expose her if she doesn’t pay him money, but the latter doesn’t budge

19. The next day, when Anushka taunts Paaru about going back to her old ways, the latter shows excitement

20. Just as Anushka is about to threaten Parvathi, she spots Aditya and pretends to worry about Paaru

21. However, much to Parvathi’s surprise, Aditya pretends to hate her and supports Anushka

22. Later, when Paaru finds out that Aditya isn’t eating anything that she has cooked, she tries to fix everything but finds herself feeding him with her own hands

23. In the end, Preethu gives Aditya a fantastic idea to fix the broken things in his life

What is Aditya’s plan? Will Anushka’s truth come out eventually? Stay tuned to find out.

If You Like Stories With Socio-Political Issues, Don't Miss Watching Beautiful Manasugalu, Streaming In HD Here On The ZEE5 Platform

Inspired By Deepika Das's Vacation To Coorg, Your Itinerary For A Two-Day Getaway Is Ready