Paaru: Janani Agrees To Her Engagement With The Man Of Veerayya’s Choice

Janani agrees to her engagement to another man while Preethu, Adi and Paaru try to stop the marriage 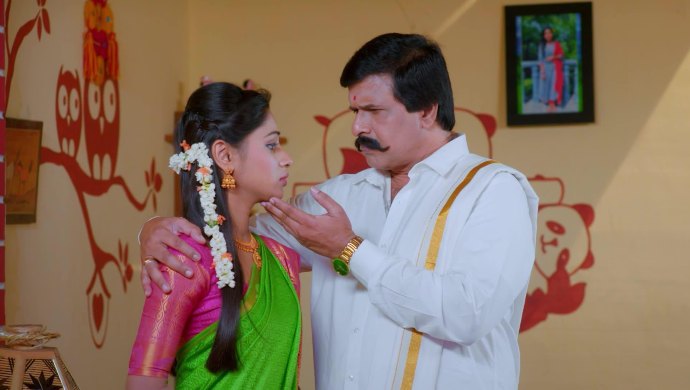 The intense love story of Janani and Preethu was introduced when Paaru discovers that Preethu, who is engaged to a family friend’s daughter, is actually in love with another girl. Janani, however, has taken no step from her end to save this relationship. When she meets Akhila the first time, she tells her that her father is that of a strict man and will not allow the marriage of Preethu and her.

Akhila, however, strictly says that their marriage will only happen if her side of the family agrees to it too. Having said that, Paaru, Adi and Preethu disguise as villagers and begin to stay with Veerayya so as to convince him to accept their relationship.

At this point, Veerayya has fixed Janani’s marriage with another man so much so that she is also about to get engaged against her will. While Adi and Paaru have still not lost hope, Preethu is heartbroken about the same but continues to make arrangements for her engagement. Appaji, on the other hand, tries to convince Janani to tell Veerayya about her relationship with Preethu. While Veerayya also senses that something is wrong with Janani, Appaji openly tells her to tell him her dislike for the man she is about to get engaged to. On being asked, Janani says yes to getting engaged to someone else.

While there is only very little that Paaru and Adi can do, Preethu must step forward and prove himself and his love for Janani and work towards gaining Veerayya’s trust, Janani must also gather the courage of telling her father the truth about her feelings and love for Preethu especially when Veerayya is asking her if she has anything to tell him.